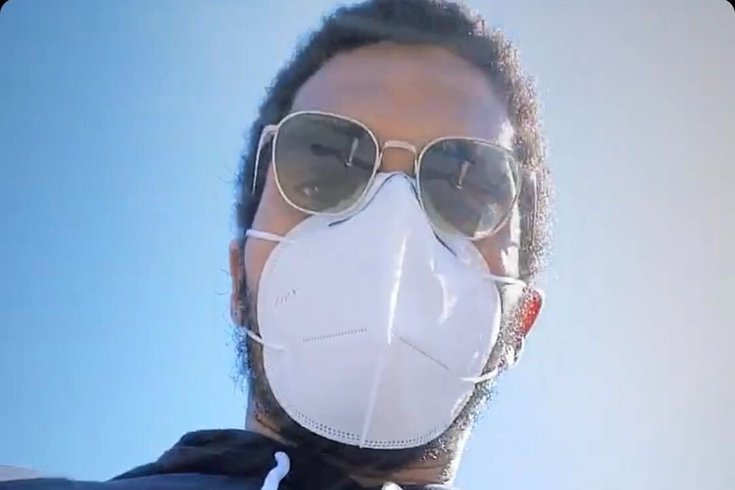 As protests continue around the country in response to the murder of Minnesota's George Floyd, the Sixers joined a number of NBA teams and voices with a statement on the ongoing situation.

Our black community and people of color continue to face racism, prejudice and injustice. It is unacceptable and we cannot and will not tolerate it in our community. Now, more than ever, we must strive for accountability, including ensuring that our community is treated with fairness, transparency and dignity.

We must stay united and strong during the conflict and hurt we are experiencing. The 76ers are committed to using our voice and taking action to support and drive change that is long overdue.

For our city. For our country. For our future. For each other. #PhilaUnited

Notably, as has been the case for many large organizations around the country, the statement includes no explicit use of the word "police," as protestors clash with law enforcement around the country over the use of excessive force against black Americans.

Sixers players have been vocal and engaged in the nationwide protests over the weekend, participating through in-person demonstrations, statements through social media, and even joining players who have stayed local through video chat, a nod to the COVID-19 impacted times we live in.

On Friday afternoon, Simmons shared a small Twitter thread on his belief in the need for a societal reckoning with racism, alongside a photo of younger Simmons in an 'I Can't Breathe' shirt, a nod to the final words of Eric Garner, who died as the result of an NYPD officer's chokehold in the summer of 2014.

Witnessing the news the past few weeks & hearing the outcry has given me a lot to think about. It is time for everyone, from all walks of life, to get comfortable with voicing & calling out the uncomfortable subject of Blatant Racism that exists heavily within our society.

We are ALL accountable & we shouldn’t have to revisit tragedies like George Floyd or Ahmaud Arbery time & time again. Enough is enough.

Simmons has been one of Philadelphia's most outspoken players on social issues and politics since he arrived in Philadelphia in 2016. Last season, Simmons paid tribute to "Egg Boy" on a pair of his in-game sneakers, a nod to the Australian teen who cracked an egg on the forehead of an Australian politician (Senator Fraser Anning) who was under fire for a history of racist remarks. In 2018, Simmons wore a "March For Our Lives" shirt during warmups prior to a game against the Minnesota Timberwolves, contrasting America's gun policy to that of his home country.

“For me, growing up in Australia, I think there was a gun ban way back in the day where they bought back the guns,” Simmons said. “There hasn’t been any major shootings or anything like, no one carries around guns. For me, I think that’s very important. Just where I come from, you want kids to feel safe going to school and the parents. But I just don’t believe there’s any need to really have a gun. Maybe hunting, but that’s a different conversation. But it really sticks with me. I don’t really believe anybody should have to worry about somebody coming in and shooting up a place. That’s a scary thought.”

Tobias Harris chose a different path this weekend, joining the protests in Philadelphia that started around the Philadelphia Art Museum and cascaded around the city. Through the use of Facetime, he was able to loop Sixers teammate Mike Scott in, effectively allowing Scott to be along for the ride.

The Harris-Scott combo did not shy away from battles with dissenters on social media, either, sparring with people more concerned with property damage than the situation at hand. Notably, many of said dissenters would end up deleting their initial tweets.

Who gets to arrest the officers acting out during these protests?!?

Harris was joined on the ground by another Sixers teammate, Matisse Thybulle, who was spotted with Harris in a Center City crowd later on in the day, masks on for both men. Even in the middle of mass protests, they are still hard to miss in a crowd:

Much of Harris' time (and money) during the pandemic has been spent trying to uplift the Philadelphia community as it deals with an unprecedented crisis due to COVID-19. In mid-May, Harris provided funds to help 12 Philadelphia families with mortgages, provided 250 lunches to Temple University Hospital workers, and provided 5,000 children with books for home libraries to offer educational support for remote learners. Through 'Read by 4th,' Harris has also committed to hosting virtual sessions of "Tobias Lit Labs," events featuring book readings and games to engage local children.

Spread out and waiting for their next assignment as a result of the pandemic, Sixers players have nonetheless continued to stay engaged on a local, state, and nationwide level. It's an example many would be wise to follow long after protests stemming from the murder of George Floyd come to an end.