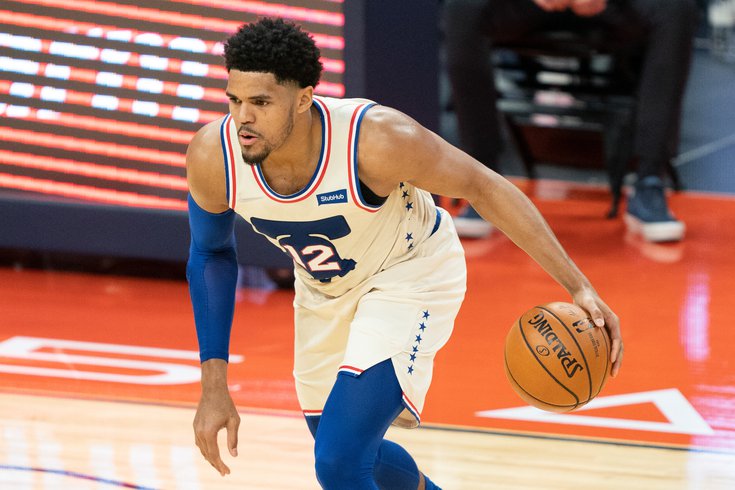 Tobias Harris and the Philadelphia 76ers are set to begin their run for the NBA title after earning the top seed in the Eastern Conference this season. Harris has an Orlando penthouse for sale at a price of $2.5 million.

The Philadelphia 76ers hold the top seed in the NBA's Eastern Conference and will begin their playoff push this Sunday, led by the triumvirate of Joel Embiid, Ben Simmons and Tobias Harris.

It's a testament to Harris' NBA journey that he's found a solid home in Philadelphia, where he signed a five-year, $180 million contract two years ago after being acquired via trade from the Los Angeles Clippers. Before that, Harris was a promising forward who nevertheless bounced around the NBA, making stops in Milwaukee, Orlando and Detroit during his 10-year career.

With a borderline All-Star season in 2020-21, Harris appears to be ready to shed a property from one of his previous NBA stops.

According to Realtor.com, Harris is selling his Orlando penthouse on the top floor of The Sanctuary, a swanky downtown high-rise with luxury condos.

A listing for the property shows Harris is asking for $2.5 million for the property, which covers 4,800 square feet and has four bedrooms and 4.5 bathrooms, with a view of Lake Eola below. Here's a bit from the listing, which includes several photos of the penthouse:

This is the most coveted address in the city and these penthouses rarely come on the market. If you are looking for views, space, convenience and luxury living, look no further. The unit is loaded with windows, and offers an open concept floor plan that is perfect for entertaining and even features a hidden full chefs/catering kitchen in addition to the main kitchen. The expansive living room is adorned with built-in features and custom lighting details and the dining room is lined with window seats to provide an intimate setting for a cocktail hour or cozy space to read a book and enjoy the sunset.

Harris held onto the penthouse when he left Orlando following the 2015-16 NBA season, at one time seeking to rent the apartment for $15,000 per month.

Harris and the Sixers are carrying high expectations into the postseason after injuries and general underperformance got Philadelphia swept out of the Orlando playoff bubble by the rival Boston Celtics during last year's first round.

Harris recently spoke about turning a new leaf on past failures and embracing the Sixers' confident position this season.

"You can’t compare, in my opinion, last season to this season," Harris said. "In general, I’m not a person who dwells on the past. I’m more of a present moment type of individual. All I can really focus on is where we are right now and it’s an amazing opportunity to be a team in the playoffs, to be a No. 1 seed. There’s expectations with that, and us as a group, we have a mindset and we have a goal that we want to reach and achieve."

It looks like Orlando could treat Harris much better with the eventual sale of this penthouse.

And after years on teams that either floundered or remained stuck in mediocrity, Harris said he doesn't take for granted what has been built in Philadelphia.

"I was talking to my older brother and it’s funny because a couple of years ago, you were on the teams that when the season ended, your season’s over," Harris said. "You just go in and pretty much plan a vacation or get ready for your offseason. This is why you play basketball for these opportunities, for these moments to be able to reach the highest peak of the game and to win at the highest level. So, that’s something I don’t take for granted."