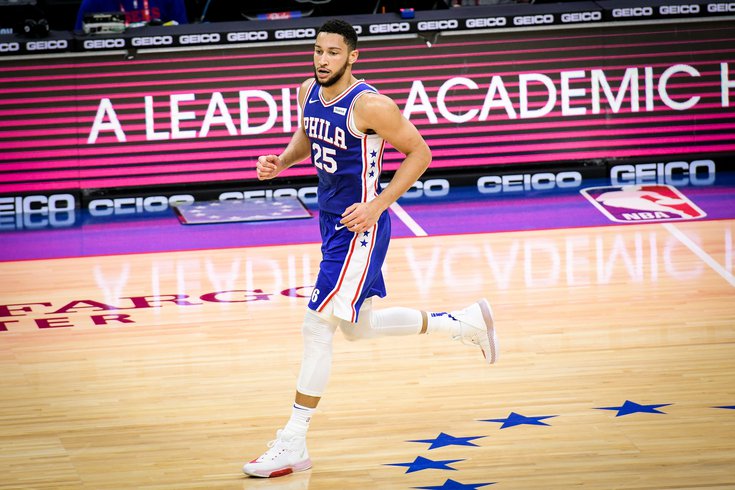 A report Monday morning made the claim that the Sixers have been unable to reach Ben Simmons during the offseason, a claim team sources denied was true when reached for comment by PhillyVoice.

As a part of a podcast interview conducted by Steve Lipman and Dan Volpone at SB Nation's Liberty Ballers blog, Bleacher Report's Jake Fischer included this detail that was left on the cutting room floor from his reporting over the weekend:

I’m not gonna write this in the story, but I’ll tell this to you guys and you guys can do what you want with it. They haven’t been able to really even get in touch with Ben since the season ended. Like, there was an intent to have a workout plan or whatever — like in any offseason. That’s always kind of been the case, that the Sixers haven’t been able to align with a development plan [for Ben] — that’s kind of what Yaron Weitzman wrote at Fox Sports in that big story. It just doesn’t sound like there’s ever been movement to come together on the same page to do that, and it hasn’t really worked this summer either. I think that’s not something that’s an encouraging sign for him being in Philadelphia in the future.   [Liberty Ballers]

PhillyVoice reached out to multiple team sources on Monday morning in wake of the report, and received pretty firm denials at every stop.

"We talked to Ben on his birthday a couple of days ago, we've been in touch with him throughout the summer," one source said. "We're going to send some training personnel out to see him this summer, too...we have good dialogue with Ben, his team, and his family."

Simmons, at least recently, hasn't been the hardest guy in the world to find. After taking a bit of a hiatus from social media in the wake of Philadelphia's second-round defeat, Simmons has been active on his Instagram page over the last week, sharing photos and videos from his birthday festivities and his new home in L.A. As recently as Sunday evening, Simmons was spotted lounging next to the pool at his new house with red and blue lights flickering underneath the surface.

As Fischer alluded to in the above report, this isn't the first time there have been rumors or whispers regarding Simmons' compliance with team desires. Yaron Weitzman's extensive report earlier this summer featured reporting suggesting that Simmons was not on board with the organizational plan to build him up as a shooter, going his own route and ending up in the place he is today. The Sixers, for their part, have routinely denied any allegations regarding his cooperation or questioning his work ethic.

With the Sixers fielding and entertaining trade calls on Simmons more than they ever have before, these sorts of rumors take on more significance than they have in the past. While Simmons' trade value took a hit after another playoff failure, the Sixers have done their best to maintain a strong position in talks, reminding opposing executives they won't part with him just for the sake of it. One of the few things (and perhaps the only thing) that could render their discipline useless is Simmons undermining their position by attempting to distance himself from the organization.

It doesn't seem we've reached that place yet. But the longer this situation drags on with no conclusion, the more likely it is that additional rumors and speculation fill the void.