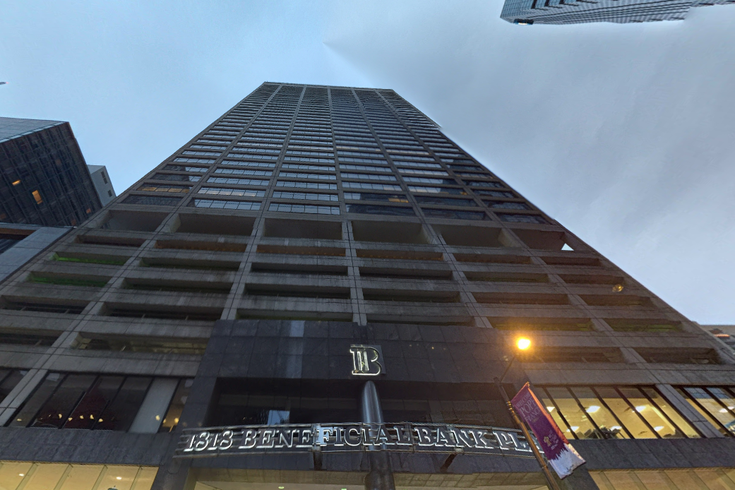 Broken glass fell from 1818 Market Street around lunchtime on Monday after a snapped wire broke windows in the building.

Two blocks of sidewalk along Market Street were closed to foot traffic around noon on Monday after a cable on a window washer's scaffold broke and shattered windows in a Center City high rise building.

According to Officer Christine O'Brien, a Philadelphia police spokeswoman, a cable broke on a window washer's scaffold about 11:55 a.m., striking windows on a skyscraper at 1818 Market St. The shattered glass fell onto the sidewalk below. No one was injured.

As a precaution, however, the 1800 and 1900 blocks of Market Street were closed to foot traffic around lunchtime on Monday, she said.

About 1:30 p.m., the sidewalks were reopened to pedestrians.