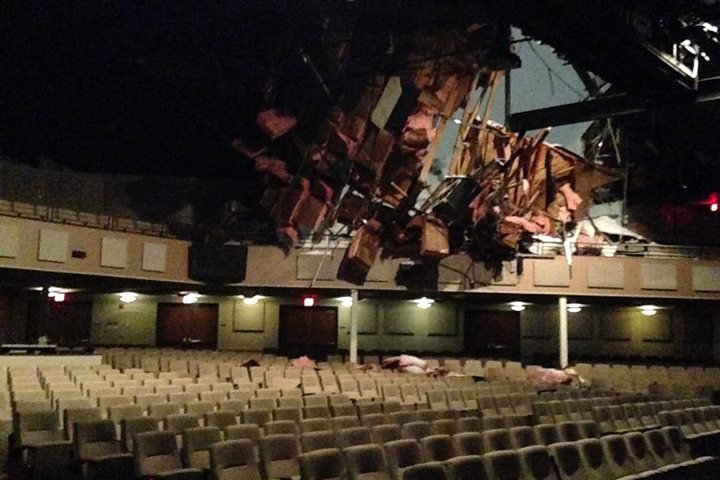 Heavy snowfall caused the roof of the Calvary Fellowship church in Downingtown to collapse.

According to the Facebook page for Calvary Fellowship in Downingtown, snow on the roof of the church's auditorium was too much to bear, creating a giant hole in the ceiling and setting off the sprinklers, flooding the building.

"We are shocked and sad, and we know you must be feeling the same way right now," the Facebook post said.

Pastor Lee Wiggins of the church, located at 95 W. Devon Dr., told NBC Philadelphia that his daughter Noelle discovered the collapsed roof around 6 p.m. Saturday. He described the scene to the news station:

"It was like Niagara Falls. I looked up and we could see out to the sky a third of the roof to half of the roof is gone."

No one was hurt, according to NBC. Repairs are expected to cost more than $1 million and take at least six months.

As a result of the collapse, Wiggins will be holding Sunday services through a live stream on the church's website at 9:30 a.m. and 11 a.m.