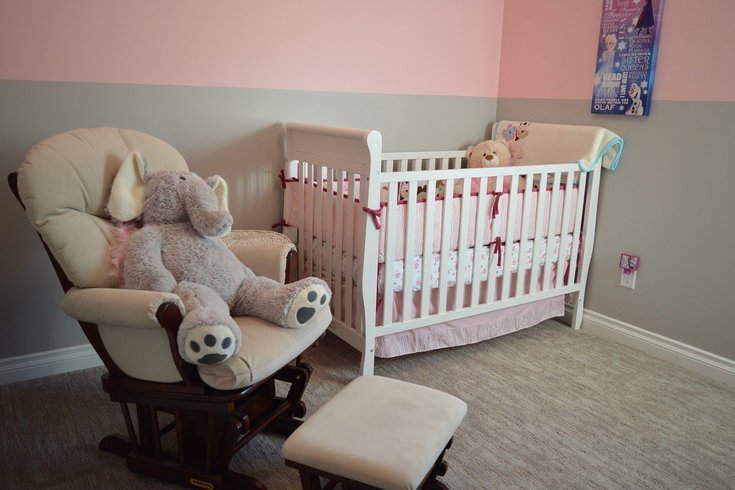 Back in the 1990s, researchers found that infants who were laid to sleep on their back on firm crib surfaces without soft bedding had the lowest risk of SIDS. Besides blankets, additional hazards include crib bumpers and other decorations, pillows and toys.

Sudden unexpected infant death remains the number one cause of death for infants between 1 month and 1 year of age, despite more than 20 years of public health messages about unsafe sleep environments.

According to the U.S. Centers for Disease Control and Prevention, about 3,500 infants die from SUID every year nationwide. And there has been little decline in these numbers over the years, even with public health efforts like the Back to Sleep campaign, which educates parents on how to create a safe sleep environment for their babies, and the American Academy of Pediatrics' guidelines for safe infant sleep.

Sudden infant death syndrome, or SIDS, is a subtype of SUID used to explain deaths that have no direct cause. SUID may occur because of a blocked airway, choking, injury, infection or cardiac or metabolic dysfunction.

Back in the 1990s, researchers found that infants who were laid to sleep on their back on firm crib surfaces without soft bedding had the lowest risk of SIDS. Besides blankets, additional hazards include crib bumpers and other decorations, pillows and toys.

Pediatric experts also urge parents to avoid bed-sharing, which usually includes the presence of pillows and blankets. When feeding late night from bed, moms should always lay her baby back in the crib as soon as the child is fed and burped.

Close to 70% of the nearly 5,000 sudden infant deaths examined in a new study published by the journal Pediatrics occurred in an unsafe sleep environment. The researchers used the American Academy of Pediatrics' safe-sleep guidelines to define what makes a sleep environment unsafe. All deaths were reported between 2011 and 2017.

The data also showed that 75% of the infant deaths caused by airway obstruction were because of soft bedding. The researchers found that only between 1% to 2% of the unexplained deaths occurred without at least one of the factors relating to an unsafe sleep environment.

"These deaths are still happening – and they happen to well-meaning parents," Rachel Moon, chair of the American Academy of Pediatrics task force on SIDS and author of the AAP policy statement on safe infant sleep, told CNN. She was not involved in the present study.

"We have remained at the same rate of sleep-related deaths since around 1998," Moon added. "And the rate in the U.S. is much higher than that in most developed – and even some not-so-developed countries."

1. Always place your baby on his or her back to sleep in safety-approved cribs, bassinets and play yards or “pack ’n plays” that follow the safety standards of the Consumer Product Safety Commission.

2. Never put your baby down to sleep on adult beds, waterbeds, couches or chairs. Mayo Clinic pediatricians say that a baby can get trapped and suffocated between the mattress and the bed frame or by a sleeping parent accidentally rolling over on him or her.

3. The crib mattress should be firm, and parents shouldn't add pillows, blankets, crib bumpers or stuffed animals or toys to the crib.

4. Don't use monitors and other commercial devices that claim to reduce the risk of SIDS because they may cause safety issues.

The Philadelphia Health Department runs a free pack 'n' play program for new mothers in the city where there have been about 32 sleep-related deaths between 2011 and 2017. Expectant mothers attend a class on sleep safety for their baby before taking it home.

The program has still been running during the COVID-19 pandemic with modifications. Expectant mothers or parents of babies under the age of 1 who need a crib should call the Health Department at (267) 432-5844 or visit the Maternity Care Coalition.