South Jersey volunteer firefighter responds to call at his own home 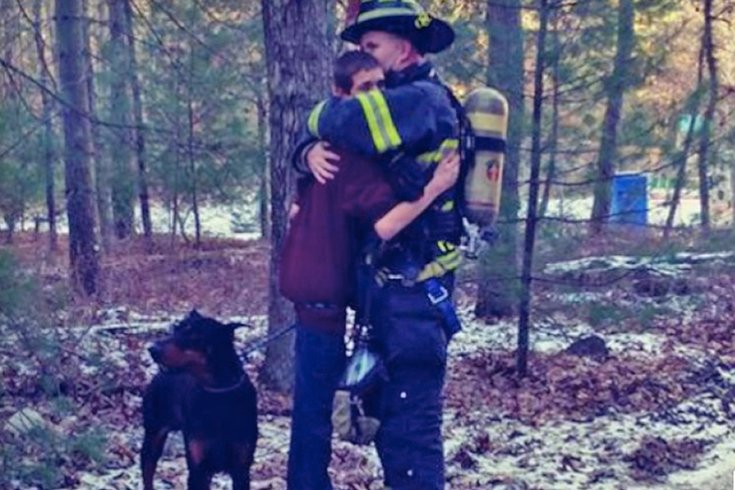 Volunteer firefighter Jason Penwell hugs his son on Wednesday afternoon at the scene of the fire.

A South Jersey firefighter who responded to an emergency dispatch on Wednesday found his own home ablaze.

Jason Penwell, a volunteer firefighter from Southampton, Burlington County, and his family lost all their belongings and a pet dog in the fire, according to a report in The Courier-Post.

Penwell's son noticed the blaze around 3:30 p.m. as he was returning from high school. The teen saved the other five family dogs with the help of his friends, Penwell told the newspaper.

Firefighters from several departments worked for an hour to extinguish the blaze. There were no injuries, but the home was destroyed and razed Wednesday night, Tabernacle Fire Chief Dave Smith told The Courier-Post.

A GoFundMe campaign set up to assist the family has raised $16,358 as of Friday afternoon, surpassing a goal of $10,000.