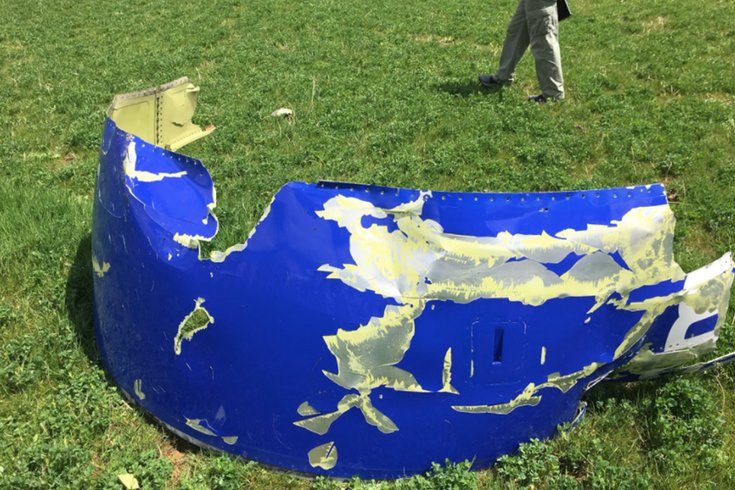 This part from the No. 1 engine, the cowling, or engine covering, was found in a field in Penn Township, near Bernville, Berks County, about 60 miles northwest of Philadelphia, according to the National Transportation Safety Board. Investigators collected that piece on Wednesday.

"Usually when you're flying on an airline, you rarely get over 25 degrees of bank," Sumwalt said. "This went over 41 degrees. The pilots leveled the wings. During the rest of the flight, there was a fair amount of vibration throughout the air frame."

The plane, which took off Tuesday morning from LaGuardia Airport in New York City and was headed to Dallas' Love Field, made an emergency landing in Philadelphia after experiencing engine damage.

One passenger was killed during the flight. Jennifer Riordan, of New Mexico, reportedly was struck by debris that broke through a window.

About 22 minutes passed from the time the engine failed to the plane's landing at Philadelphia International Airport.

People continue to find pieces of the plane – including part of a cowling, or exterior engine cover – that fell to the ground during the plane's descent.

The NTSB will put together an official transcript of the cockpit's voice recorder. Investigators are currently interviewing the pilots.

Sumwalt has said a full investigation will likely take from 12-15 months.