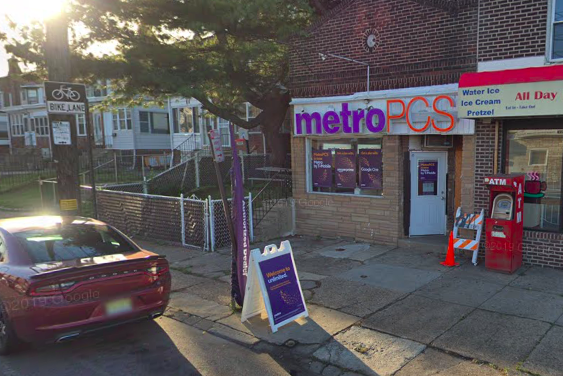 An employee at Metro PCS in the 7000 block of Elmwood Street opened fire on a suspect during an attempted robbery on Aug. 26, 2019. The suspect died at the scene, Philadelphia police said.

Philadelphia police are investigating a fatal shooting that occurred Monday afternoon at a Metro PCS store in Southwest Philadelphia.

Authorities said the incident unfolded just after 4 p.m. at the store location in the 7000 block of Elmwood Avenue.

An armed suspect in his late thirties allegedly entered the store and demanded money, police said. One of the two employees inside the store drew a gun and fired several times at the suspect, who was struck several times and pronounced dead at the scene.

Video of the incident prior to the shooting shows the suspect walking into the store.

.⁦@CBSPhilly⁩ obtained this video showing a suspect who tried robbing a ⁦@MetroByTMobile⁩ store at 70th and Elmwood Ave. Police say the employee has a legal permit to carry. We paused the video before the shooting but the suspect in the armed robbery is dead. pic.twitter.com/4ro6dj1WrK

Police said the store employee had a permit for his weapon and is cooperating fully with investigators. There were no other injuries reported at the scene.