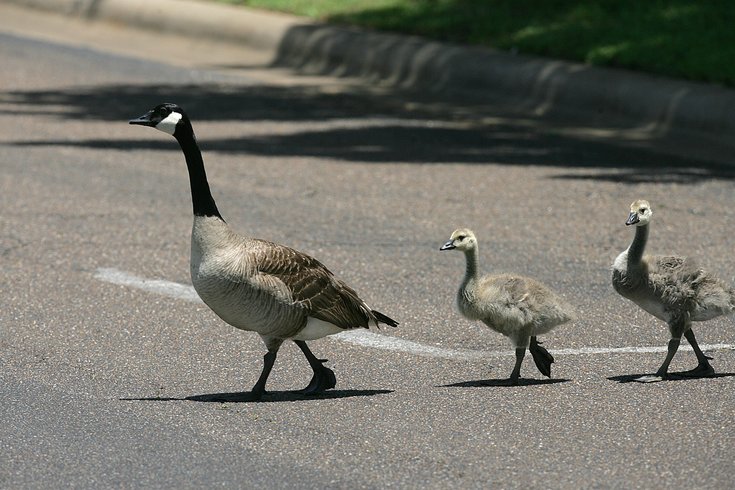 An adult Canada Goose leads its fledgling Goslings across a driveway.

Two New Jersey teens have been arrested on animal cruelty charges after allegedly luring a family of geese onto a road and running them over with an SUV in June, NBC10 reports.

The boys, both juniors at Colonia High School in Middlesex County, then posted a video to the social media app Snapchat. Several concerned citizens alerted the New Jersey SPCA after seeing the video online.

The short video shows the geese sitting in the roadway. The SUV zooms by, crushing the geese underneath. Laughter can be heard off-camera as the vehicle leaves the frame. The carcass of at least one goose was found later on Dorsett Drive.

The SUV seen in the video still had feathers embedded into the bumper, license plate and bumper, authorities say.

The boys allegedly admitted to killing the geese during questioning.

Their cases are likely to be heard in family court.