An inside look at the Special Delivery Unit 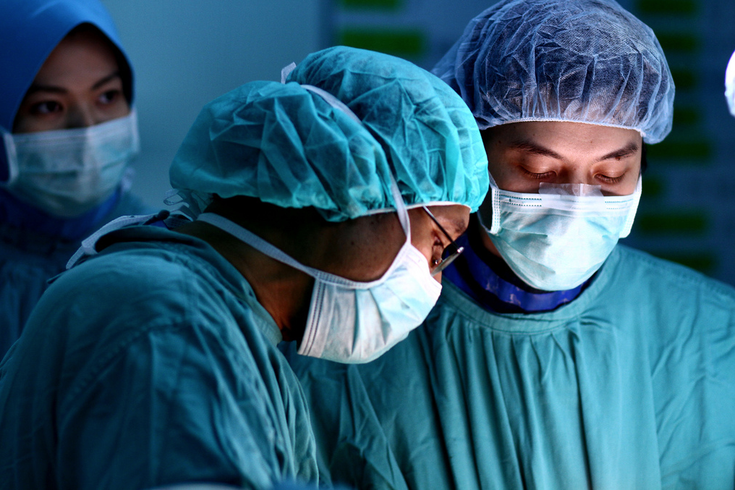 Read More
A new PBS mini-series that premiered last Tuesday delves into the work of the Special Delivery Unit at Children's Hospital of Philadelphia, exploring all facets of the struggle faced by expecting parents and doctors when birth complications arise.
'Twice Born: Stories from the Special Delivery Unit' gives viewers inside access to three medical journeys at CHOP's Center for Fetal Diagnosis and Treatment, People reports.
Among the stories examined is that of Lilly Flores, whose mother found out she had a tumor growing from her mouth just 12 weeks into her pregnancy. Doctors in California told Lilly's mother, Lesley Leiva, that her child was effectively dead. She wouldn't be able to survive and might not even be born, they said.
Unwilling to accept this crushing prognosis, Leiva, a New Jersey native, came back to the area and met with doctors at CHOP.

"When I first got to CHOP I didn't have hope," Leiva said. "After the first day of being there all day, that's what I got – hope."

In October 2013, 35 1/2 weeks into her pregnancy, Dr. Holly Hedrick at CHOP performed an exit delivery on Leslie to remove as much of the tumor as possible. The procedure, similar to a C-section, is performed by partially delivering the baby through an incision in the uterus, keeping the fetus attached to the placenta during the operation.
The PBS production crew spent 15 months embedded at CHOP, gaining direct access to the experiences of parents and doctors as they bravely make decisions with life hanging in the balance.
The first episode of the series is available online and features Leslie's story as well as others, including surgical footage and interviews.
As for Leslie's child, Lilly, she's now at 17 months old, eating and breathing on her own.
The remaining two parts of the series will air on PBS at 8 p.m. on April 7 and April 14.