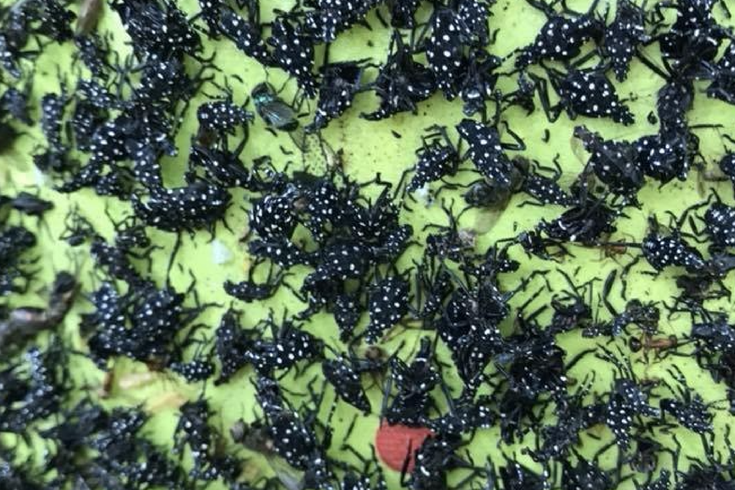 In Pennsylvania's ongoing quest to contain the state's spotted lanternfly infestation, the Department of Agriculture may move to classify a common tree as noxious.

This Thursday, the department's Controlled Plant and Noxious Weed Committee will consider whether the Tree of Heaven (Ailanthus altissima) should be targeted to reduce numbers due to its role in the spread of the invasive pest, according to PennLive.

The tree, which is native to China, tends to spread rapidly and crowd out other plant species, forming clonal colonies along forest edges, fields and roadsides. It is particularly susceptible as a food source and mating location for the spotted lanternfly.

The insect was first seen in the United States in Berks County, Pennsylvania, back in 2014, and has since spread across the Delaware Valley and beyond. This week, Michigan officials warned residents the spotted lanternfly had made its way to to that state.

If Pennsylvania officials designate the tree of heaven a Class B noxious weed, it would allow the state to more aggressively eradicate infestations and prevent sale of the species.

Spotted lanternflies feed on a variety of plants trees, but show a strong preference for tree of heaven, grape, cherry, peach, apple, pine, sugar maple and cherry trees. When they feed, they leave visibly darkened "weeping wounds" on tree trunks, exposing sap that attracts other insects to feed. Their egg masses also leave a grey mud that covers various surfaces.