All the favorites are back, along with two new vendors 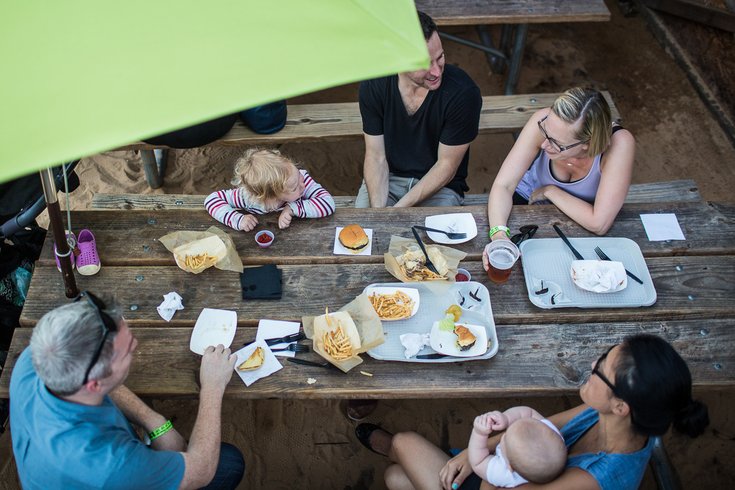 Update: Spruce Street Harbor Park season opening is delayed until Saturday, May 7 due to inclement weather. The park will be open from 11 a.m. to 1 a.m.

Chickie's & Pete's is the other new vendor. Spruce Street Harbor Park guests will now be able to snack on crabfries, cheesesteaks and crab pretzels.

As for what the Garces Group floating barge will serve for 2016, the menu will be from Distrito Taco, with traditional Mexican street tacos and fresh fruit margaritas. Village Burger, which will be set up in a food truck, will have rotating burger specials alongside fries and the house-made veggie burger.

Other good news: More hammocks and lounge seating have been added, so if you fall into a food coma, you'll have somewhere to go.