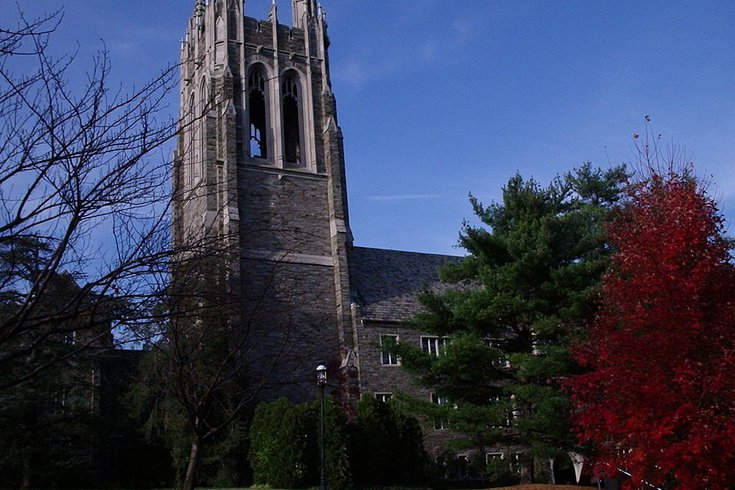 The merger will make St. Joe's one of the 10 largest universities in the Philly region with an enrollment of more than 9,000 students.

St. Joseph's University and the University of the Sciences have officially agreed to merge into one academic institution.

The absorption of USciences into St. Joe's is expected to be finalized and completed by next summer pending regulatory and accrediting agency approvals, officials from both universities said Wednesday.

St. Joe's President Mark Reed, who will retain his position when the integration is completed, called the merger "a historic day for Saint Joseph’s, USciences and the thousands of students from across the country who will choose our combined university for their education."

"This merger agreement will join together two iconic universities with a combined 370 years of tradition, legacy and service to students," Reed said. "But we will now move forward as one more comprehensive university, continuing our mission of providing an accessible, rigorous, student-centered educational experience in the most sought-after career fields."

USciences President Paul Katz said the collaboration “creates new opportunities for our students and strengthens USciences’ commitment to build on our 200-year legacy of excellence in health care and science education."

"Saint Joseph’s is the ideal partner for USciences and our community. No other institution could provide the same complementarity and fit," Katz stated. "This will be to the benefit of current and future students who will have the well-rounded education needed to become the next generation of leaders in their fields."

The combined university will offer students nearly 200 academic programs to choose from when selecting courses. Both universities' respective West Philly campuses will continue to be used, meaning that the combined institution will cover roughly 161 acres and 103 buildings across the city.

The merger will make St. Joe's one of the 10 largest universities in the Philadelphia region with an enrollment of more than 9,000 students, over 400 faculty members and roughly 1,500 employees.

Both schools will keep newly-accepted and incumbent student tuition schedules and academic programs for the remainder of the students' course of study — regardless of his or her legacy university.

Despite being absorbed into St. Joe's, the Philadelphia College of Pharmacy is expected to retain its name and program, officials said.

The two universities will now move forward with formally planning the integration process over the next 12 months. Finalization of all aspects of the merger will continue even after the integration is completed next year.

Both universities announced in February that a letter of intent had been signed to explore a merger of the two institutions.

The letter of intent then triggered a due diligence process where discussions were held over a potential integration of the two universities. Both schools' respective boards of trustees approved the merger in May, officials said.

St. Joe's is a private Jesuit university with a campus that straddles City Line Avenue with portions in Philadelphia and Lower Merion. The school has a combined undergraduate and graduate student enrollment of about 6,780. The university was founded by the Society of Jesus in 1810 and has maintained its Catholic roots as a core piece of its identity.