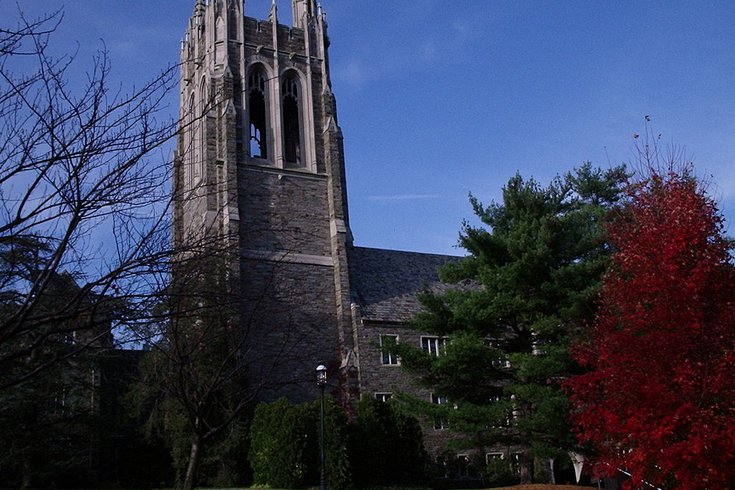 St. Joseph's University President Mark C. Reed said the school will evaluate a merger with University of Sciences over the next several months. Pictured above is Barbelin Tower on St. Joe's campus in Philadelphia and Lower Merion.

St. Joseph's University has signed a letter of intent to explore a merger with the University of the Sciences, creating a strategic combination of the two institutions that have campuses at opposite ends West Philly and potentially changing Philadelphia's higher education landscape.

St. Joe's President Mark C. Reed announced the university's plans in a letter to faculty and staff on Wednesday.

"Consistent with our strategic plan, Saint Joseph’s is committed to partnering with other institutions to enhance our academic portfolio and strengthen the educational experience we offer our students," Reed wrote. "This approach has been effective for us across our schools, centers and institutes, and many academic programs. It remains ever important as the state of higher education continues to change at a rapid pace and in significant ways."

The merger would bring the USciences into the fold of St. Joseph's University, which would retain its name while honoring elements of USciences' history.

"Over the next several months, we will fully evaluate this opportunity with great care and integrity and be as inclusive and communicative as permitted during this important evaluation period," Reed wrote.

St. Joe's is a private Jesuit university, It's campus straddles City Line Avenue with portions in Philadelphia and Lower Merion. The school has a combined undergraduate and graduate student enrollment of about 6,780. The university was founded by the Society of Jesus in 1810 and has maintained its Catholic roots as a core piece of its identity, welcoming Pope Francis for a visit during the World Meeting of Families in 2015.

Reed highlighted the desire to expand academic portfolio of St. Joe's health sciences as one of the main motivations to merge.

"Those of you familiar with USciences know that it is home to the nation’s first college of pharmacy. Like us, USciences is a student-focused university with 200 years of history in Philadelphia," Reed wrote. "Their programmatic offerings are a complementary fit with ours, with minimal redundancy. While our liberal arts core and business education would strengthen the educational foundation for any scientist or health professional, their state-of-the-art laboratories and industry-leading health sciences programs would create an educational pipeline for our students interested in these future-focused careers."

The move comes as more higher education institutions consider and pursue mergers, including the 2017 merger between Jefferson University and Philadelphia University.

"This is truly a transformational and exciting opportunity to continue Saint Joseph's growth and evolution as one of our region's best comprehensive universities and expand the scope and reach of our Jesuit educational mission," Reed wrote.