Five people injured after a stampede broke out at Roots Picnic

The incident happened during 21 Savage's set at the music festival at the Mann Center; police say someone claimed another concertgoer had a gun 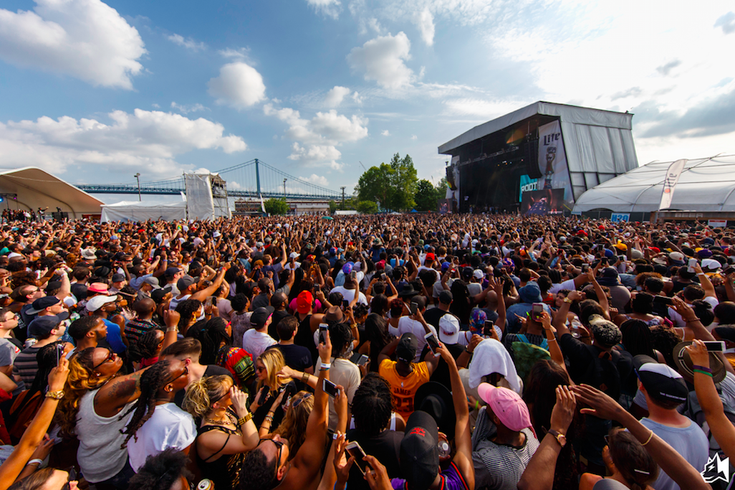 Five people were injured after a stampede broke out Saturday night at the Roots Picnic music festival, Philadelphia Police say. This the first year the festival was held at the Mann Center in Fairmount Park. Seen here is a file photo from a previous Roots Picnic festival held at Festival Pier.

Five people were injured in stampede of spectators at the Roots Picnic music festival on Saturday night, Philadelphia Police said.

The stampede happened around 6:40 p.m. during 21 Savage's set at the main stage at the Mann Center. According to police, it occurred after someone in the crowd claimed another spectator had a gun.

Rumors of what happened circulated throughout the event and on Twitter. According to a report by Billy Penn, an attendee mentioned that a fight broke out near the stage, which caused people to run away. Another rumor circulated that the stampede was a result of a stage collapsing.

Police said that of the five injuries four were minor, while one person broke their leg. All five individuals were taken to local hospitals for treatment. The police did not find a gun at the event.

Concertgoers mentioned their concern on Twitter after the chaos on Saturday night, many refusing to go back in after the event.

🗣 When I tell you folk almost lost their lives at the #RootsPicnic! Stampede was like that scene in the Lion King, it was UN👏🏾REAL! #Terrifying https://t.co/oRk7EmLbkn

.@rootspicnic please explain why there was a stampede...

And lost my brother and cousin (and sunglasses)...

Nothing can be fun anymore.

Another Twitter user noted of their concern: "The type of f*****g RUN we had to do at the roots picnic. I still have f*****g anxiety. The fact that we live in a society with active shooter situations at events caused so much hysteria. I really ran for my life. I will NEVER do another festival again."

This is the 12th year for the Roots Picnic music festival. For the past 11 years, the event was held at Festival Pier at Penn's Landing, which officially closed this year. This was the first year at the Mann Center in Fairmount Park for the festival.

No comment on the incident has been released by officials with the Roots Picnic. If one is released PhillyVoice will update the story.