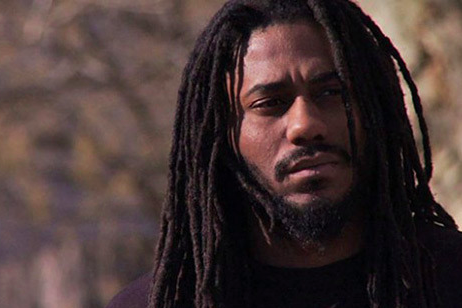 An anti-violence activist and featured star in the Sundance Documentary series 'Brick City' was fatally shot in Newark, New Jersey, Tuesday night, Essex County prosecutors said, marking a tragic end to a life that had seemingly been redeemed from gang activity.

According to The Associated Press, Darel Evans, 33, was shot late Monday night and pronounced dead at the scene. Investigators did not provide any additional information about the number of suspects believed to be involved or whether a weapon was recovered at the scene.

Evans, a former Crip, rose to fame as a featured storyline on the Peabody Award-winning 'Brick City,' which chronicled the efforts of Newark officials and community members to overcome a history of violence, poverty and corruption. Known by the nickname "Creep," Evans was featured in the series as a former gang member turned mentor for at-risk youth, discouraging violence as a path to imprisonment and death.

Produced and directed by Marc Levin and Mark Benjamin, 'Brick City' (2009-2011) served as a precursor for the production team that went on to create 'Chicagoland.'

Evans, raised by primarily by his two grandmothers, fell into a life of crime at an early age, Hollywood Life reports. In eighth grade, he was sent to juvenile detention for car theft and marijuana possession charges. While he was locked up, he became exposed to the street gang culture and violent divide between the Crips and the Bloods.

After years climbing the ranks of the Crips, Evans decided to reverse course and get involved with an antigang initiative. His hard work earned him a position at Integrity House, a Newark therapeutic where he served as a weekend coordinator for young men at-risk.

In a move that defied gang rivalry, Evans married Jessica "Jayda" Jacques, a former member of the Bloods he met he when was fresh out of prison at age 18. Together, they had a daughter, Layla Anyai. The story of Evans and Jacques was later featured in a follow-up documentary series, "Jersey Strong," which aired on Pivot TV.

In an interview with NJ.com, Benjamin described Evans' death as "a big loss" that throws into question the idealism Creep's story represented in the series. Having learned of his death in a text message sent by Jacques, Benjamin emphasized that Evans' death is particularly devastating in light of their relationship.

"They were these two beautiful people who had put aside the stigma of being in rival gangs because they wanted to be together," he said. "It was compelling. It was Shakespearean. And we knew it would be great T.V.," Benjamin said. "To have this happen to a person who had tried to move beyond a life of gang-banging is just beyond tragic."

Evans had children from previous relationships as well and had been both writing and performing comedy sketches before his death, Benjamin added.

A rally by the Newark Anti-Violence Coalition has been scheduled for Friday, Dec. 11, at 5:30 p.m. near the intersection of Hobson and Shaw svenues.

Below is a scene from "Jersey Strong" in which Evans and Jacques discuss the realization that they were destined to be together.