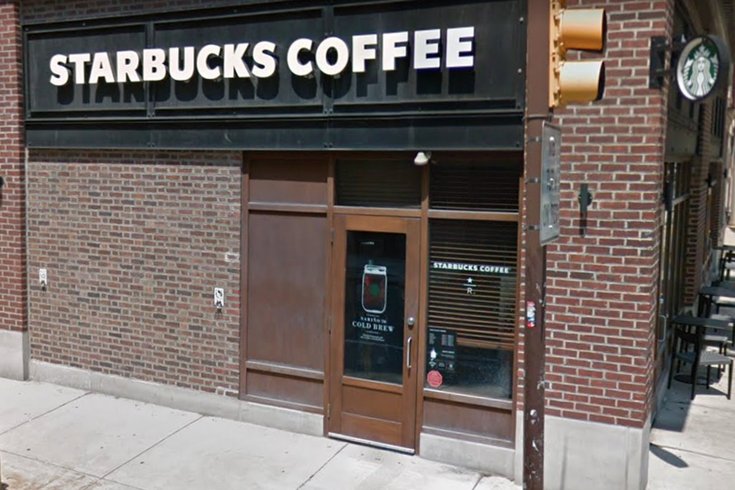 The arrests of two black men at a Starbucks shop in Center City Philadelphia – for doing nothing more than waiting for a friend to join them – has ignited a massive outcry despite an apology and pledge by the company's CEO to revisit corporate policies.

In a statement, Mayor Jim Kenney said: “I am heartbroken to see Philadelphia in the headlines for an incident that – at least based on what we know at this point – appears to exemplify what racial discrimination looks like in 2018."

Meanwhile, police Commissioner Richard Ross maintains his officers did nothing wrong by putting the two men in handcuffs and marching them out of the store. No charges were pressed after the Philadelphia district attorney's office determined no laws had been broken.

On Twitter, from whence the controversy was borne of a video of the incident that went viral, people weighed in on all sides:

@starbucks CEO: "Sorry we have a racist employee"

The Guys who were arrested: "What are you doing about the employee?"@starbucks CEO: "We have a plan for the future"@starbucks employee in a week: "Thanks for my cheque, see you tomorrow"#boycottStarbucks

Get that manager to explain to us all, why he called the police on two men sitting in Starbucks.

And then ask the police why on earth they arrested those two men.

Then sack them all.

I support Civil Rights, but this is too showy 4 me; If I owned a restaurant I wouldn't want people just hanging out too long without a purchase, otherwise you'd get thousands of people maybe hanging out using you like a slave. Business is business. "Starbucks CEO"

At an old job, at least once a week I would meet my manager at different @Starbucks I’d always get there before him and he was paying so I was waiting. However, the era of Trump has ushered in overt nastiness.

Most interesting line from @Starbucks CEO "Our store manager never intended for these men to be arrested..". Would be interesting to hear what he/she thought would happen once police were called on 2 black men. https://t.co/YkUuykIK46

That letter from @Starbucks CEO was the same “I’m sorry” we see whenever this happens. Take your “thoughts & prayers” BS response somewhere else. This was racism.

Fire those involved at a MINIMUM.

Things are not going very well at ShariaBucks

What happened is inexcusable. But you know the left. An apology won’t suffice.

They want the Starbucks CEO to implement a

Come on in. Stay as long as you like. No need to buy anything. And the toilets are there for you. This is not our business. It’s your home.

I can't wait to see what Starbucks CEO is going to have employees write on cups this time around.

Conservatives boycott Starbucks because of a fucking holiday cup, but when there's an actual reason to boycott them (RACISM) they make fun of that. #BoycottStarbucks

I am 100% confident that as a white man in America, I could go to any coffeeshop and sit for two hours without ordering anything and the police would not be called. 100%.#BoycottStarbucks

My dad sits around Starbucks for hours and nobody says a word to him about it.

He's a 69 year old white man, so that might have something to do with it.#BoycottStarbucks

This shit MUST stop.

Those men need to be compensated for that ordeal, @Starbucks.
Fire the employee.

I feel like the Philadelphia police need to be grilled with questions too since they tried to justify the arrests. A racist employee can easily be fired, but a racist police force is much more difficult to work with #BoycottStarbucks

I can’t boycott Starbucks because I literally never drink their shit coffee.