The kiosk is still coming, but the CCD wants to better communicate with Philly residents about its spaces 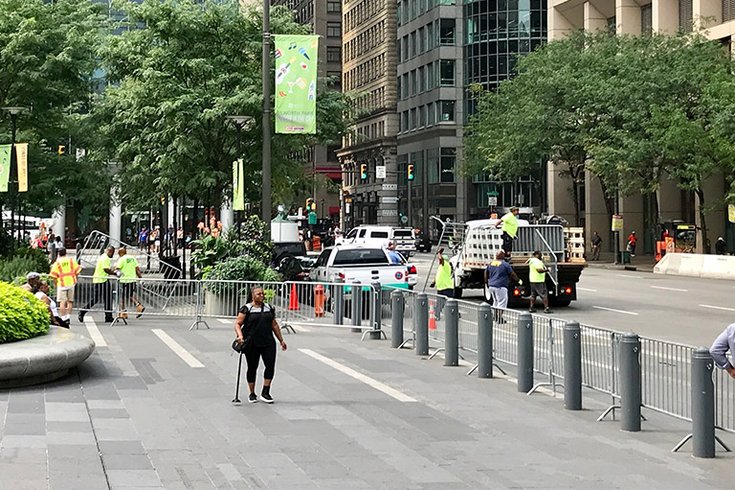 Earlier this year, the news of a Starbucks coffee kiosk coming to Dilworth Park was met with vocal disdain from thousands of Philadelphia residents.

The kiosk, which was actually first "news" back in December of 2018, is under construction at the southern end of Dilworth Park, just feet from La Colombe’s Center City coffee shop.

The redundancy of another retail coffee option — Dilworth Park also already has its own coffee kiosk on the northern edge of the park — and the Starbucks branding both caught residents’ attention, and a Change.org petition started by Conrad Benner of arts blog and collective "Streets Dept" eventually picked up more than 8,000 signatures opposing the kiosk.

The kiosk is still coming, but Levy and Benner said “it is clear in the wake of this controversy that (the CCD) can do better,” and that the CCD “plans to work at communicating in ways that increase transparency and inclusiveness about contemplated major, physical changes at Dilworth Park.”

Last month, the CCD issued a statement defending the kiosk, saying it would buffer the southern end of the park from traffic noise, and was necessary to support park operations financially.

“Rather than reduce cleaning, landscaping maintenance and programming and diminish quality, we add a new amenity that everyone is free to patronize or ignore,” the district’s statement said at the time.

Benner and Levy both acknowledged that trying to change the contracts for the kiosk at this late stage would ultimately be more trouble than its worth.

“I think anyone who joined me in signing my petition can take solace in the fact that while this kiosk will happen,” Benner wrote, “that together we have worked to push for more transparency and ultimately to make sure a similar decision isn’t made in the future.”

This is one of the biggest takeaways for me: "CCD plans to work at communicating in ways that increase transparency and inclusiveness about contemplated major, physical changes at Dilworth Park. In doing so, we are confident that we can avoid similar disagreements in the future."

Benner also said on Twitter that he plans on touching base with the CCD in the future to discuss ways to increase transparency and inclusiveness.

According to the Starbucks store locator on its website, there are currently 18 Starbucks locations in the area bound by the Schuylkill River, 10th Street, Race Street, and South Street.