Wawa Day means free coffee for everyone on Thursday 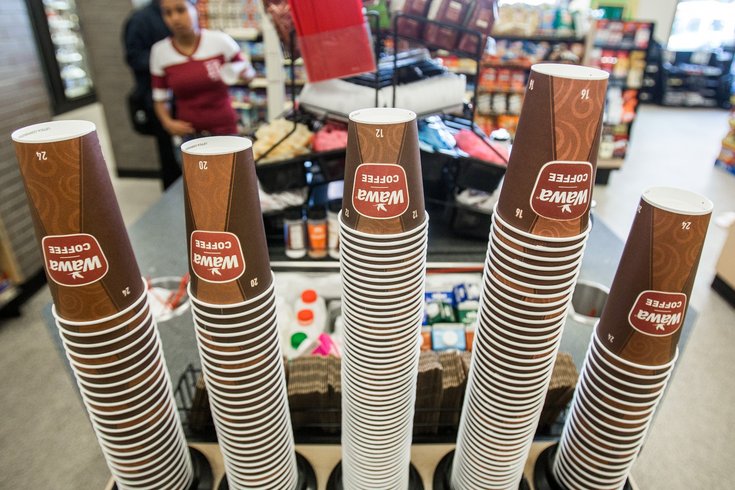 Wawa will offer free coffee, any size, to customers on Thursday, April 11, 2019. The annual Wawa Day promotion marks the anniversary of the chain's first convenience store opening 55 years ago on April 16, 1964, in the Folsom section of Ridley Township, Delaware County.

Wawa will give away free cups of coffee Thursday to mark the anniversary of the chain's first convenience store opening in 1964.

This year, annual promotion invites customers to celebrate Wawa's 55 years in business. Any size coffee will be free on Thursday, April 11, at all stores nationwide.

MORE: Penn Book Center closing in May after 57 years on 34th Street

In an announcement, the company said it's expecting to give away 2 million cups of joe. That's a lot of caffeine.

Six select stores — one in every state where Wawa operates — will also host celebrations that include a Ceremonial First Cup of Coffee, renderings of new store layouts, and a competition at the Sixth and Chestnut streets location between Michael Solomonov and Wawa Chef Farley Kaiser to see who can make the most meatball hoagies in five minutes.

Mayor Jim Kenney is expected to show at Sixth and Chestnut, along with Wawa CEO Chris Gheysens, among others.