Meet the 20 worst Philadelphians (you may have made the list)

These folks make life more difficult for those around them 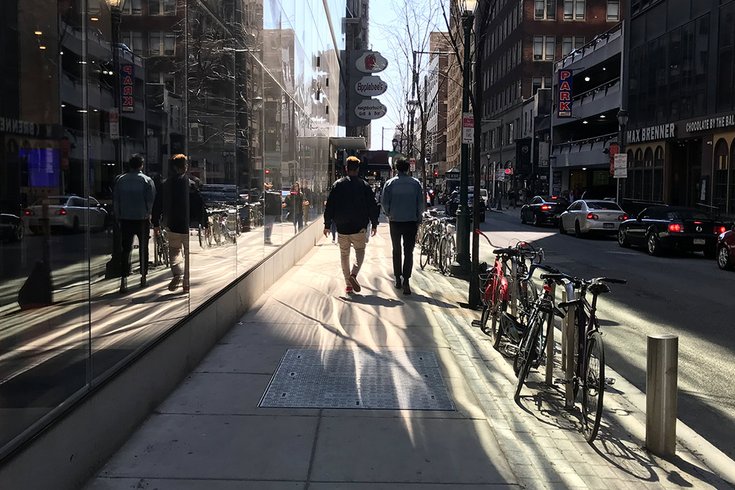 This stretch of 15th Street sidewalk, between Walnut and Locust streets in Center City, seems to be a favorite target of dog owners who fail to pick up after their animal.

In summer 2017, we all had a big discussion regarding the worst type of people at the Jersey Shore.

Then, last February, you told us stories about your bad neighbors.

Now, as we turn to spring 2019, it’s time for another like-minded discussion: who are the worst people in Philadelphia?

No, we are not naming names. That is rude and unnecessary. This is business; not personal.

RELATED READ: Part II: Readers make their own list of the 'Worst Philadelphians'

Nor are we turning this into a political issue. That world is far too angsty and judgmental as it is.

We're talking about people whose behavior makes life worse (or at least more difficult) for the rest of us. Yes, you know you have shaken your head and sighed at such boorish behavior, whether discourteous or careless, stupid or selfish. (Personally speaking, I shake and sigh when people willingly eat pickles. Nobody needs to see that sacrilege. Shame on you all.)

By no means is this list from me – and others here at PhillyVoice – to be considered all-encompassing. So, yeah, we’re turning to you, dear readers, to suggest some of your own. Please submit them in the comments on the story itself or via Facebook, Twitter and email (subject line: Worst Philadelphians).

Without further ado, here’s our working list of 20 of the Worst Philadelphians out there:

People who don’t pick up their dog poop. This is the one that sparked the idea. Someone who works here at PhillyVoice International Headquarters nearly lost his foot inside a massive pile of poo the other day while walking up a 15th Street sidewalk. It was an experience that soured his day and prompted a discussion about similarly offensive behavior by denizens of this fair city. For the love of Puppy Jesus, please clean up after your pooches. It's disgusting and you're disgustingly lazy.

People who poop outside and don't pick it up. This happens, as you can see here and here. And, if you've been so victimized, the Fire Department ain't going to help you clean it up. This behavior is rancid and unacceptable. Please stop. 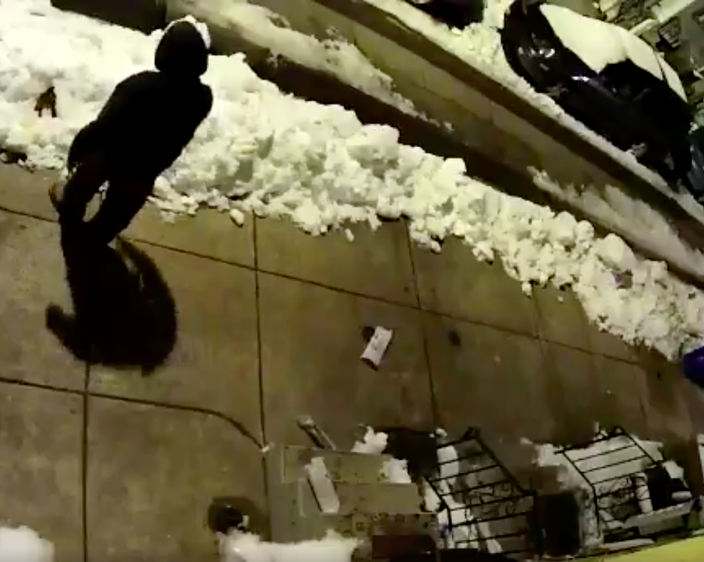 Hazard-signal abusers. From one of my colleagues here: "On North Broad Street, people who put on their hazards in the middle of the damn road for like 10-15 minutes. I always end up the first stuck behind them while seven other cars peel around and the light turns red."

People who double-park on a one-lane street when there is an open space to either park or throw on your flashers. This is a pox upon society. Be best.

Drivers who park non-compact cars in compact car-only spots. This is almost as rude as those who take up two spots so they can move up for someone else when they get home later. And that's not even getting into the whole "No Savesies" battle royale.

People who walk three-wide down the sidewalk and expect you to get out of the way. (We've even seen some of these sidewalk hogs drop a shoulder on those trying to squeeze by.) Not to mention those walking with their faces buried in a cellphone (or who stop in their tracks to look at their phone) on a crowded sidewalk, or who weave when they walk. Such behavior makes these folks moving obstructions on the walkways of Philadelphia. Sidewalks are for everybody. Don't hog them to the point that someone has to step into the street to get around you. 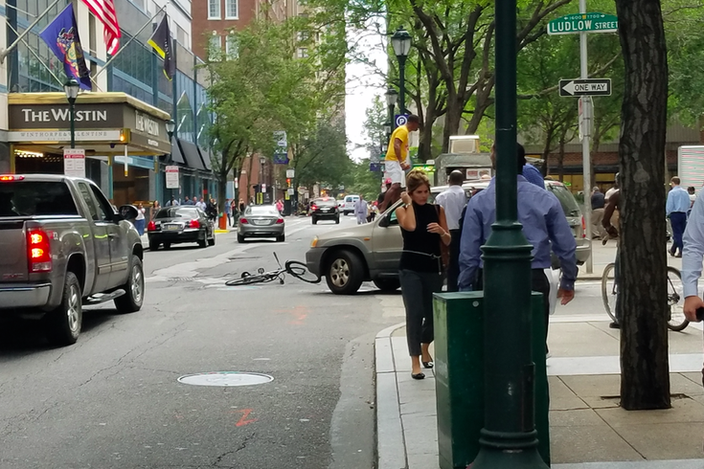 A bicyclist jumped atop the hood of an SUV that he told police had struck him and kept going in Center City on Tuesday, Aug. 30, 2016

Smokers who don’t honor "stay-this-far-away-from-building-entrance" rules. This isn’t about further ostracizing people because of their vices; it’s about common courtesy. It’s rather easy to find somewhere mere steps away that keeps your smoke somewhat to yourself.

Litter bugs. Yes, we've seen motorists in Center City wrap up their fast food meals and roll down the window to dump the trash right in the street. C'mon, you learned not to litter when you were a little kid. Why do you insist on throwing this basic concept of decent citizenry out the window?

People who insist on being noisy on the Quiet Ride car. We're looking at you Booming Betty on the cellphone (men do this, too) and at you, SEPTA conductors, some of whom seem to be lost on the whole concept in First Car. This is a society governed by rules and common courtesies. You needn’t yell into your phone so total strangers hear messages only meant for the person on the other end of the line. And you don't have to blast riders to get them to show their fare.

Catcallers. Fellas, c’mon. We should be past this at this point, but some of you apparently are not. Keep your thoughts to yourselves instead of making passersby uncomfortable and fearful of what would happen if you’re the type of creep who doesn’t take no – even a silent one – for an answer.

Elitists who pronounce water the “right” way. It’s pronounced “wooder,” and you’re not better than anybody else if you pronounce it any other way.

Newcomers to one of Philly’s non-downtown neighborhoods who say they’re not really “in the city.” Stopped by Upper Cuts Barbershop in East Falls this week to a) get a haircut in my old stomping grounds and b) run this very question by the barbers on hand that day. Chris and Jeff didn’t take long to share a litany of beefs, but this one was the first. “You’re walking distance from Kelly Drive and the Schuylkill River. This is Philadelphia,” Chris said of East Falls. “This neighborhood was here BEFORE the city.” Boom.

People who don’t say hi when you say hi to them. This one also irked the Upper Cuts fellas. Their thinking was along these lines: People say Philadelphians are rude, but you’re not going to extend common courtesies when extended to you? C’mon. Be nice to others.

Dallas Cowboys fans with local ties. Far be it from me to chide folks whose rooting interests expand beyond manmade regional borders, but this one is just beyond the pale. Whatever time it is, it’s that o’clock, and Dallas still sucks. Brilliant.

Those who don’t know the steak-ordering rules at Pat’s Steaks and other eateries of that sort. They’re right there on a board for you to see. Don’t make everybody behind you wait longer than they already have to.

Swipe-card grifters. To wit: “The dudes at 15th Street Station who offer to swipe me onto the El for like a 25-cent discount versus using my own Key card. And if I don't want that, do I want weed?”

People who stand near an elevator/subway/other exit when people are trying to exit. This has been addressed before yet people are STILL doing it. 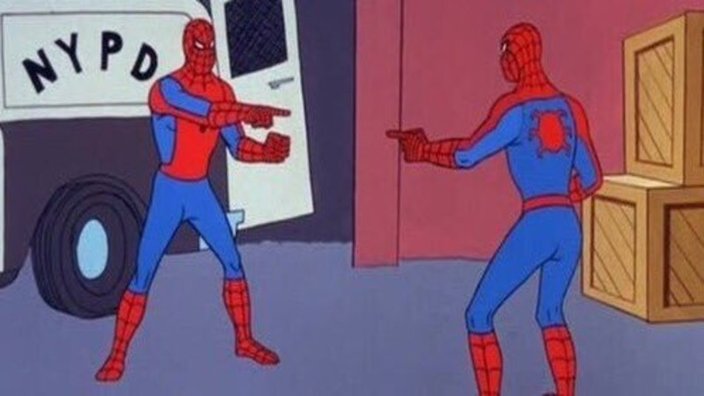 People who complain about their fellow Philadelphians. Wait, what?

Alright, you've seen our suggestions, and we know beyond a shadow of a doubt that we missed some. How about yours? Let us know who we missed.