Ask Hickey: Who are the worst kind of people to be around on the beach? 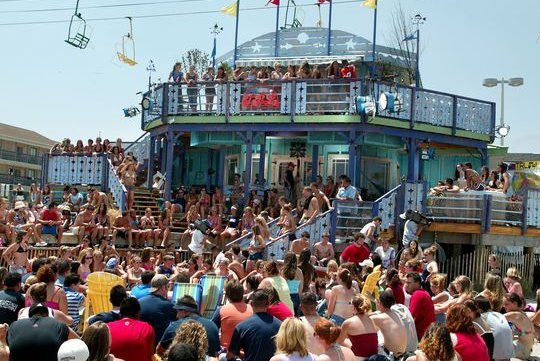 The MTV Beach House in Seaside Heights in 2002.

Thank you for this very important question on the cusp of a long holiday weekend that’s already – as of 9 a.m. Friday – brought an influx of revelers to the shore.

I say this because I’m already down here, writing on the deck of a summer rental in Ventnor after a bike trip.

It is nice outside, in case you’re wondering.

I’d rather be at the beach, of course, but work’s work no matter the setting, and I doubt my bosses would be very happy with me if I requested a new laptop on account of sand between the keys. 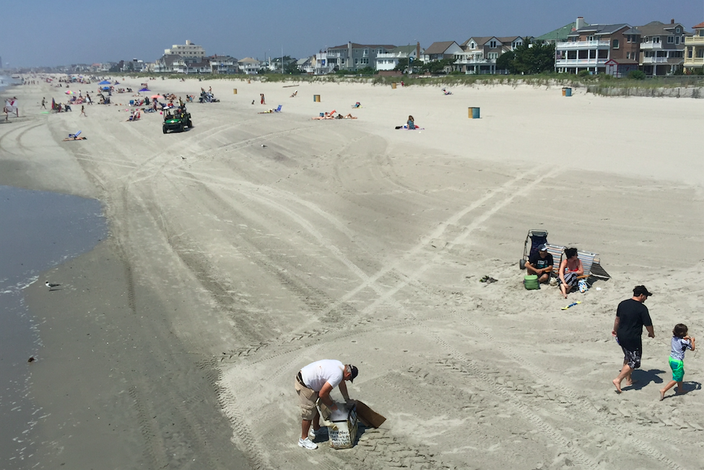 The beach, as seen from the Ventnor Fishing Pier on Friday, June 30, 2017, before the Fourth of July long-weekend onslaught descends.

In any event, I’ve been on both sides of the shoobie vs. local divide. I don’t know why I mention that other than to establish a baseline quasi-expertise in the field.


So, onto the question at hand.

The shore – or beaches, as they’re called elsewhere, I guess – is a place to relax (and violate rules posted forbidding the drinking of “intoxicating beverages,” throwing balls and whatnot.)

There is a ruffian population that can ruin the days of others just by their mere presence, though. Here, we look at the 12 worst offenders ranked less worst to most worst:

12. Metal Detector Guy. I’m not even sure why you included them in here. They’re a harmless novelty. (Besides, I’m currently working on a story about a metal-detecting dude that I think everybody will like.)

11. The Socks and Sandals Brigade. C’mon, y’all. You look silly. If you’re going to go sandals, no socks. If your feet are blistered or burnt, go with flip flops, which are a fine footwear choice regardless of what haters with fancy-ass magazine bylines have to say.

10. Anglers. There are fish in the ocean. People, including myself, like to eat fish. In order for that to happen, though, the fish must be brought from ocean onto land. Anglers are one way in which this happens. When I lived year-round in Sea Isle City’s Townsend’s Inlet section, I would often stroll down to the beach and catch dinner. It was a wonderful time of life. The only reason anglers cracked the top 10 is the fact that some of them don’t clean up after themselves or cast lines into areas where people swim. This is not a morally defensible thing to do.

9. Thirsty Bros/Creepy Bros/Thong Bros. When the gender wars traipse into the sand, ladies – for the most part – know how to comport themselves respectfully. However, there is an element of bro-nation that does not. Perhaps if a lady were writing this list, this triumvirate would appear higher. I do not know, for I am not a lady. However, I have seen thirsty bros approach ladies who would prefer not to be approached. And I have seen creepy bros take pictures of ladies who do not know they’re being photographed. And I have seen pasty bros walking around in banana hammocks that turn the stomachs of all those who see them. How dare they take it upon themselves to temporarily ruin the beach days of others?

7. Cigar smokers. Save it for your deck at sunset. Ain’t nobody got time to get cigar smoke blown in their face.

6. People who shake sand out of their beach towels without checking if anybody’s in the immediate downwind area. How selfish can one human being be? For crissake, look around first lest ye essentially be kicking sand in ye neighbor’s face like the old cartoon-bully caricature.

5. Space invaders. Some people who set up beach shop almost immediately upon the same land staked out by those who beat them to the sand. These people are more selfish than the cretins in No. 7, and the type of ingrate that parents should work tirelessly to ensure their children don’t become.

4. People who don’t properly secure their beach umbrellas in the sand. Menaces to society, one and all.

3. Litterers. If you don’t clean up after yourself at the beach, you should NOT be permitted at the beach in the first place. The Jersey shore is a beautiful place. Protect it. Honor it. Don’t leave your empty “intoxicating beverage” cans and bottles out there, or your ice cream wrappers or any general refuse. You should have learned this in kindergarten. It’s shocking that people need to be reminded to be a good steward of nature. Also, if you’re gonna be that person who smokes cigarettes on the beach, don’t bury your damn butts in the sand. They’ll make their way into the water and hurt the fish.

2. People who feed seagulls. I get it, we should be kind to animals. But seagulls aren’t animals. They’re a pox on shoreline society, and they like to poop on people. Would you like to be pooped upon? I didn’t think so. (Yes, I’m ignoring your responses, German-scheisse fetishists.)

1. People who leave food unprotected, head to the water or bathroom and return to find a swarm of seagulls have seized their grub and land, while becoming a nuisance to all who ended up sitting nearby. This is peak laziness, and it’s rude to subject your sand neighbors to this. At least the people who knowingly feed the seagulls are doing so out of some misguided interpretation of kindness. These folks are just crude excuses for human beings. Be present. The world doesn't revolve around you. Wrap your food in a fashion that a flock of seagulls won't swoop in and turn your beach into a glorified Wing Bowl.

Did I miss a seedy element that drives you nuts at the shore? Drop a line, or leave a comment, to let me know.