Readers make their own list of the 'Worst Philadelphians' 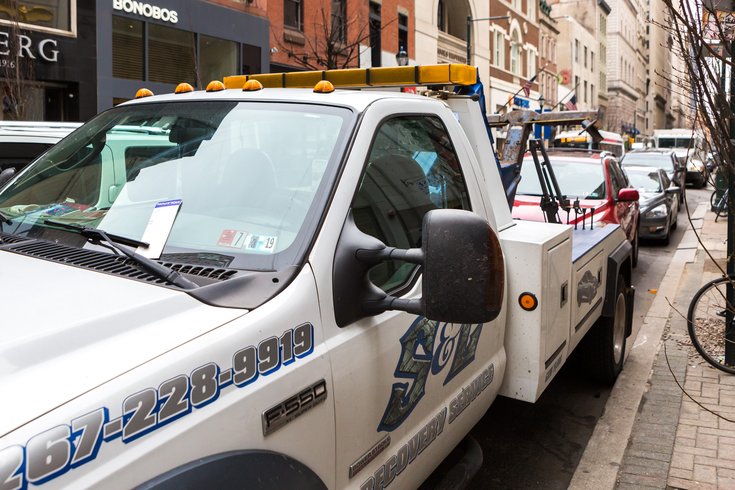 A parking ticket on a tow truck on Walnut Street in Center City.

Ask and ye shall receive.

When we shared our list of the “20 Worst Philadelphians” on Monday, we knew we didn’t capture all manner of miscreants out there in the City of Brotherly Love and beyond.

Related Read: Meet the 20 worst Philadelphians (you may have made the list)

We share many of your suggestions today, but not ALL of them, as we’re not making this personal nor political. We also left out those who echoed the original post.

Without further ado, we present your additions to the Worst Philadelphians list – in your own words – and throw in one personal cheap shot for good measure. Be best:

• People who don't say "thank you" when you hold the door open for them. For some reason, this happens a lot at Wawa. (And, you forgot "People Who Don't Hold The Door at Wawa For You.")  (TypNicePerson, comments, and @PhillyGrub via Twitter.)

• Kind of a suburbs thing, but still applicable: the selfish jerks who get gas at Wawa and then STAY PARKED AT THE PUMP when they go inside. Maddening. (Jennifer Lee, email)

• People from South Philadelphia – or claiming to be – using the term “gravy” thinking it makes them authentic. People claiming to be from Philly that moved into a Fishtown loft – from Exton – a year ago. (Scott Larock, comments)

• Gentrifier transplants that use "Jawn" all the time in an attempt to co-opt Philly cred. (BobDobelinaMisterBobDobelina, comments)

• People who put their trash out any day of the week and think that overloading a Trader Joe’s bag so it falls over and blows down the street is recycling. (Michelle Singer, email)

• I’d like to add the runners who, at 5:30 a.m. when I’m riding my bike in the bike lane to work, proceed to run in the bike lane towards me and refuse to get on the sidewalk or move over so I have to swerve out into traffic to avoid them. I believe they have their own “running lanes” on both sides of the street on every street. I know they are called sidewalks, but I think you’re allowed to run on them. (Jessica Houser, Facebook)

• I would add those who have the oversized umbrellas so that it’s impossible to pass them when it’s raining and generally all slow walkers. (@k_bompadre, Twitter) 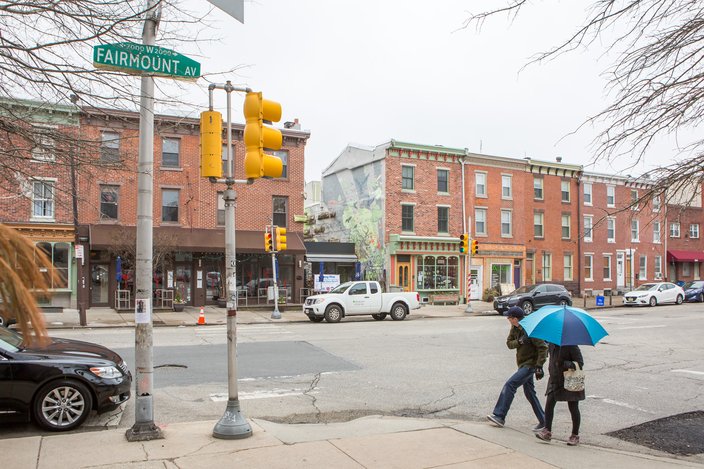 People walk along Fairmount Avenue with an umbrella in a light rain.

• How about restaurants that set up tables on the sidewalk and the people that eat there? Blocks the flow of pedestrian traffic. (OhIKnow, comments)

• How about people who put chairs in their shoveled out parking spots when it snows? In turn, the people who park in said spots they didn’t shovel. (@bondirish007, Twitter)

• Don't forget those that shovel their spot and leave the old chair or trash can in their spot well into spring. (Samantha Jackson, email)

• Drunk college kids being loud as all hell after the bars close. (@Sob1408, Twitter)

• People that think EVERYONE wants to listen to their poor music selection BLARING out of their cars or homes ?! (@tailor2048, Twitter)

• The worst entertainer on Earth: DJ SEPTA. Christ, people, headphones are five bucks. No one wants to hear your sh*t. (@GOPIdeal, Twitter)

• My neighbor who insists on blasting his car stereo with the doors open, while he sits in it, parked, at 8 a.m. (@Magic_Unicorn, Twitter)

• People who don’t know how to use the trolley and when they try to get off, people scream “step down.” (@bell_beyond, Twitter)

• People who ride SEPTA bus every day and never get the concept. Stand in front aisle even w/ empty seats. You CAN sit in elderly seating at RUSH HOUR because old people don't take the bus free till later! Get outta the way! You don't look cool! Sit down! (@phunnyphilly, Twitter)

• My wife and I were headed to 69th St on the 104 bus. About 15 young adults whom I found out were headed to a concert at the Camden waterfront music venue boarded in Broomall. Each of them paid cash. This was in the brief time before Septa stopped paper transfers. It took about a minute per passenger to feed $3.50 into the farebox. Granted in that neighborhood they were probably from multicar households, and taking public transit was doing a goodness, but they could have coordinated and made the fare collection faster. In fact one of them complained that she wasted money because she had nothing smaller than a $10 bill. She did not realize that three of them was $10.50. I heard one of them on their cell phone give directions to a straggler "it's the bus stop next to the Starbucks with a drive thru". I commented that there's also a Starbucks in Newtown Square, but I don't remember if it has a drive thru since I can't afford both to live in Newtown Square and drink Starbucks. (Patrick Boylan, comments)

• Rude SEPTA riders. Did I miss the memo that in order to ride you have to be as frickin' inconsiderate as possible? I mean, seriously, your parents didn't teach you basic manners? You don't know not to push, or how to take turns/wait your turn, or say excuse me/sorry when you knock someone down? Don't even get me started on the beggars and dippers. It's like the apocalypse on SEPTA every weekday at 5 p.m. (Becky Page, Facebook)

• People who listen to music as loud as they want, as if they were in their house alone. You have to sit and listen to their music on full blast. And, the massive amount of trash on (SEPTA). It’s horrible!! I’ve seen it all! (Kate Scarpato, email)

• All the Pennsylvania shore morons that think it's OK to leave on Friday during rush hour. All I want to do is get home. Move to the damn state if you want to go to the shore every weekend. Better if you leave at 10 p.m. (Regina Toppi, email)

• People who speed on Kelly and Lincoln Drive. It’s so reckless and unnecessary. And, car bullies who try to use their horn to intimidate drivers simply following traffic rules. (Shalimar Blakely, email) 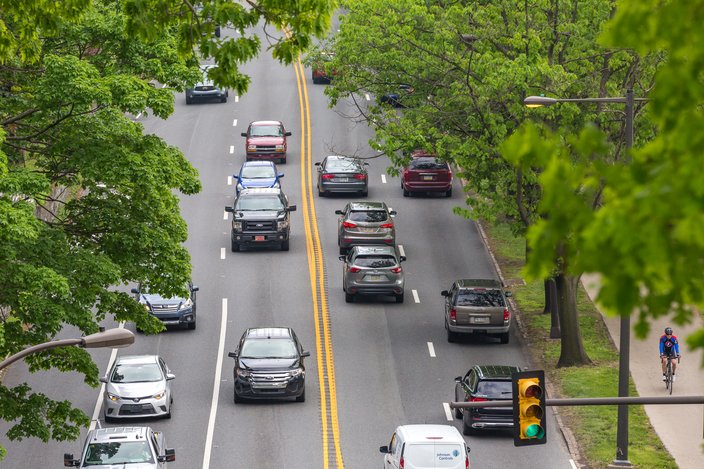 • People who wait in their car in a parking spot when the loading zone in front of them is open. The spot is for parking, not talking on the phone. (Michael Doyle, Facebook)

• When bicyclists do not obey the rules of the road, and drivers who do not use turn signals or stop at stop signs. (Charles Dunn, email)

• People that smoke on the beach i.e., all of Wildwood. (Scott Larock, comments)

• Any smoker (including those “medicinal” smokers) who forces the public to inhale that crap. Walking behind a smoker is THE WORST. (Shalimar Blakely, email)

Brian Hickey is the worst.