NoLibs resident: An intoxicated woman pooped on my stoop on Friday afternoon 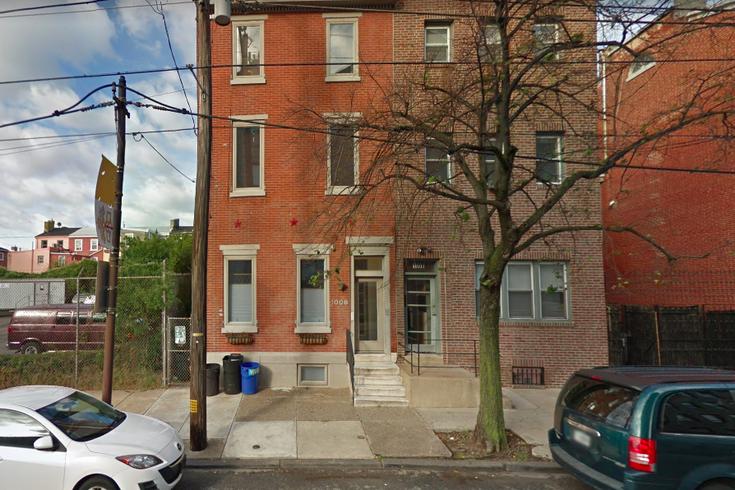 Pictured above is the stoop that residents say an intoxicated woman pooped on during a crazy afternoon on Friday, June 22, 2018.

Folks, we have received word of yet another poop-related crime in the city of Philadelphia.

Word of this messy incident came over the transom this weekend via an email from a concerned Northern Liberties resident named Stacey Lasky, who had already expressed her worries via a Twitter-delivered public service announcement.

"If a drunken citizen defecates on your front stoop, it is your responsibility to clean it up,” Lasky wrote. “Sad to have learned this 1st hand!”

Having seen our definitive coverage of public poop-involved incidents across the region, she reached out over the weekend to provide more details of what had occurred around 4 p.m. Friday on the 1000 block of North Fifth Street.

Admittedly, Lasky was not there at the time of the actual pooping. She arrived shortly thereafter, and noticed police officers, an ambulance, a woman on a gurney and, a block of way, a pair of men with handcuffs secured around their respective wrists.

The scene sent Lasky into a tizzy, and continued as she was able to gather a piecemeal account of the events that preceded her arrival.

“My mind starts to race,” she recalled.

“What’s happening in front of my apartment? Is there a fire? Is my dog, Jazzmin, OK? Did those men attack that woman?”

Things took a turn for the unusual when she was greeted by a neighbor whose first words were, “Oh man, Stacey. You will not believe this.”

Soon, another neighbor joined their pack saying, “This is nuts.”

So, what was the “this” they were talking about?

Apparently, the twenty- or early-thirtysomething woman on the gurney was intoxicated and dropped off by a man who’d picked her up at a bar. (“He may have known her. We’re not sure,” she said, noting that the woman reportedly told the man that she lived there, despite the fact that she didn’t.)

Witnesses reported that the woman had been “screaming and making incoherent slurring sounds.”

This is far from an ideal situation, made even less ideal by the fact that first responders told her that it was not their responsibility to clean it up.

"The woman may actually be 'somebody of importance,' and this story may become scandalous." -- Stacey Lasky

Lasky was very confused by this protocol. She and her neighbors did not have the gloves necessary to pick up “biohazardous bodily-fluid waste,” though medics apparently do, she said.

The debate regarding pick-up responsibilities did not last long, however, as they soon noticed that a fight had broken out between the handcuffed men. (Also, there may have been a baseball bat-involved fit of road rage on this crazy early summer day, she said.)

Now, for another couple twists.

The Philadelphia Police Department’s public-affairs office said Monday that it did not yet have records of any calls to the block regarding the aforementioned Northern Liberties craziness.

“The woman may actually be ‘somebody of importance,’ and this story may become scandalous,” she shared in a bit of gossip that forces us to put out a call for anybody with information about this scandal to reach out via email.

In any event, Lasky and a pair of neighbors did themselves clean up the mess with the help of buckets of bleach and water (and gloves!) from nearby Riehs Flowers.

Despite the lack of police records, Teresa Riehs of the flower shop across the street vouched for the neighbors' account of events.

She noted that the woman was clearly intoxicated and that police showed up "trying to get her under control."

"That's when she went to the bathroom all over our poor neighbors' steps," Riehs said on Monday afternoon.

"The fire department told them that they only clean up blood, so they came over and we gave them large buckets and powerful cleaners.

"Oh my God, they must have come over eight or nine times. It was so crazy."

While the fire department didn't return a call seeking comment on this alleged policy, neighbors say they called the non-emergency line and got a response akin to, "Yeah, nah, that's not our problem."

As for Lasky, who wishes the medics had at least provided latex gloves for the clean-up operation, this seems to be something she won't soon forget.

“It was truly a sight to come home to on a Friday afternoon, when all I wanted to do was bring in my frozen grocery items, but couldn’t enter my building because there was poop on the stoop!” she concluded.

We will keep you apprised of any developments in this sordid saga.