Philly could see its first snowfall of the season on Friday 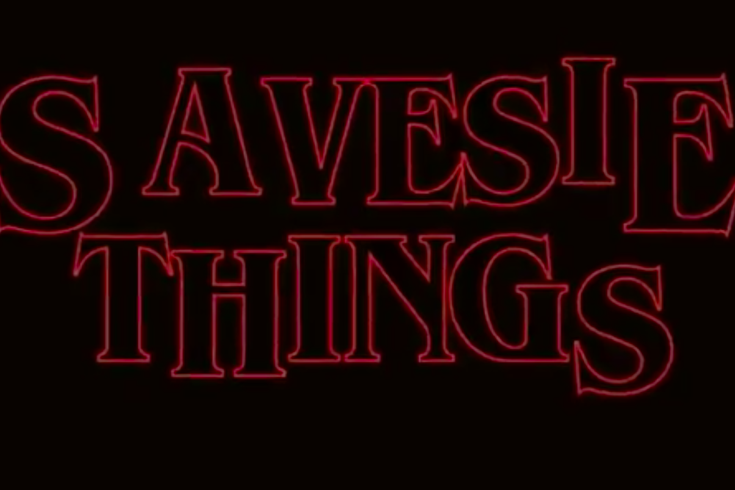 Philly Police spoofed the Netflix series 'Stranger Things' in their annual reminder that it is illegal to save parking spots.

The Philadelphia Police Department once again found a creative way to remind city residents that it is illegal to save parking spots – even if you spend an hour shoveling out your car.

This year, they did so by spoofing the intro to the Netflix series "Stranger Things."

RELATED: 2-7 inches of snow to Philly region, with potential for more in some places

With snow in this weekend's forecast, Philly police posted a minute-long video to Twitter on Wednesday afternoon, mimicking the opening credits and using the hit show's theme music.

With snow scheduled for the weekend, a new season of #NoSavesies will begin. We've seen some strange things used over the years to save parking spots -and we're hoping we see a lot less of them this year. Shovel and share -it's not worth fighting over. #NoSavesies #SavesieThings pic.twitter.com/fUfwiJO5fA

Dubbed "Savesie Things," the video lists the various objects that residents have used to save their parking spots during snowstorms, including lawn chairs, a toilet and "a grammatically terrible sign that threatens violence."

The video then reminds residents that saving parking spaces with such objects is not permitted.

In recent years, the department has gotten creative to remind residents that "savesies" are not legal. Last year, they spoofed Drake's "Hotline Bling" music video.

Philadelphia could see its first snowfall of the season this weekend.

In Philadelphia and its suburbs to the north and west, a winter weather advisory will be in effect from 1 a.m. Saturday to 1 a.m. Sunday.

Snow accumulations, ranging from 2 to 7 inches, are forecast to blanket the the region from the Pennsylvania suburbs to the Jersey Shore. The heaviest snow from the coastal low storm is expected to fall between 6 a.m. and 6 p.m. on Saturday. Temperatures will stay cold.