We want to hear your stories about bad neighbors

Don't worry: We'll ask about your good ones, too 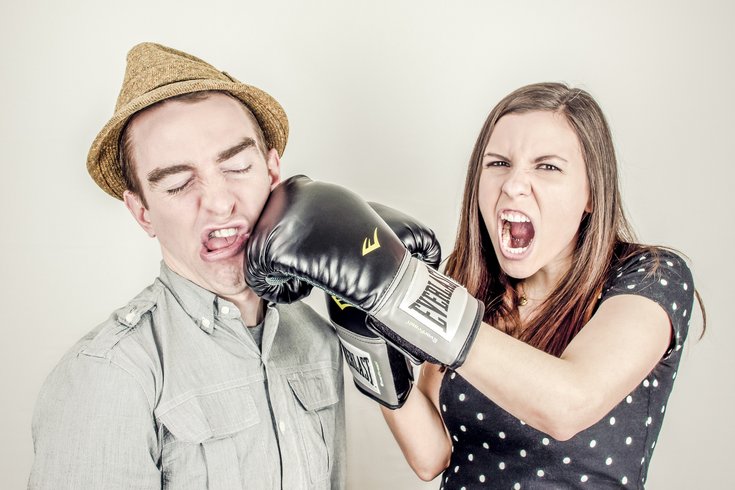 Don't let a bad-neighbor experience make you lash out physically. Complain about them in our online poll instead!

It's a tale as old as time: Sometimes, you just end up having bad neighbors.

The Bible addresses this insofar as stating, in James 2:8, that you should "love your neighbor as yourself." That's a noble thought, but one that isn't always doable. We can't all be Ned Flanders to the proverbial Homer Simpson, now can we?

This isn't a fictional, cartoon Springfield, though. This is a real-world Philadelphia (and Delaware Valley), the type of place where a city councilman's office put out a "bad neighbor map" a few years back designed to help address nuisance properties among other things.

Being a bad neighbor doesn't always rise to the level of running a wee-hours speakeasy or using the sidewalk as a personal trash can. Neighborly pet peeves range from noise violations and overgrown lawns to parking-spot battles and just not saying hi in the morning.

Though a recent family move landed us on a block chock full of decent people, it's the sort of thing that doesn't often show up in home inspection reports or chats with Realtors when you're buying a new home.

I know, I know. This is supposed to be a new Philly, basking in the bright glow of a long-awaited football championship (which is why, yes, we will also be doing a "good neighbors" post.)

Today, we're asking you for your stories about your experiences with bad neighbors for the sake of commiserating (and, ideally, laughing).

Below, you'll find a questionnaire of sorts through which you can share your Bad Neighbor Tales with us. From there, we'll compile our favorites and share them far and wide.

Don't worry, it can be anonymous. We're not looking to publicly shame bad neighbors or those wont to complain about them by name. We just want to marinate in the unfortunate details.

Interested? Fill out the form below and send it along. Upon reviewing all the entries at month's end, we'll return with a Worstest Hits post shortly thereafter.