A mini Starbucks is opening in Dilworth Park, right across from La Colombe 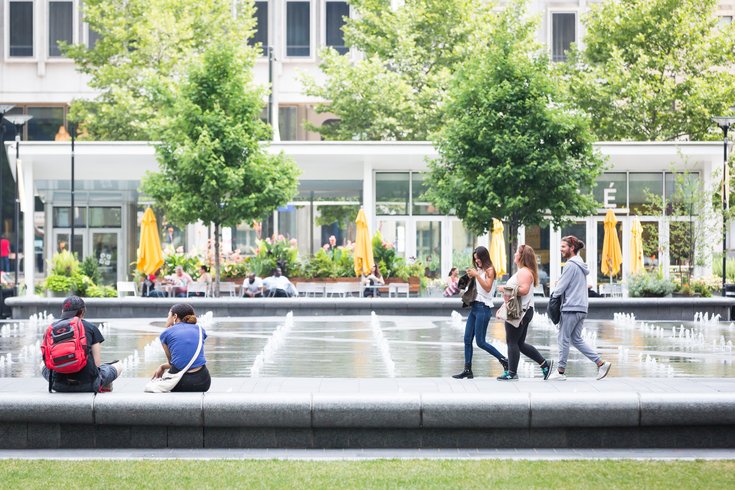 People walk through Dilworth Park on a summer morning.

The area in and around Dilworth Park has no shortage of caffeine options – from the Penn Square La Colombe to the three different Starbucks all within a block of Philadelphia City Hall.

If you're in need of a caffeine jolt and a walk across the street just seems too dire, though, you're in luck, as Dilworth will soon be home to a teeny tiny Starbucks kiosk on City Hall's west side, PlanPhilly reported.

The new shop, spearheaded by Center City District, will be smaller compared to the other Starbucks-serving café, branded as the Dilworth Park Café, that sits on the park's northern end, and it won't include seating. Both cafes are managed by local company Brûlée Catering. The distance between them? A mere 446 feet.

The cafe will sit, PlanPhilly notes, directly across from La Colombe, the Philadelphia-based coffee chain that's growing across the country, particularly when it comes to its canned drinks getting more and more popular in grocery store aisles.

The kiosk will be outfitted with shrubbery and greens, in sync with the other vegetation dotting the park.

There are still a few steps ahead before we'll actually see the new Starbucks in Dilworth, starting with a judgment from the Historical Commission next month. After that, construction would begin in February and be completed sometime around April.