The Philly-based coffee roaster just took over a new slice of the market share. 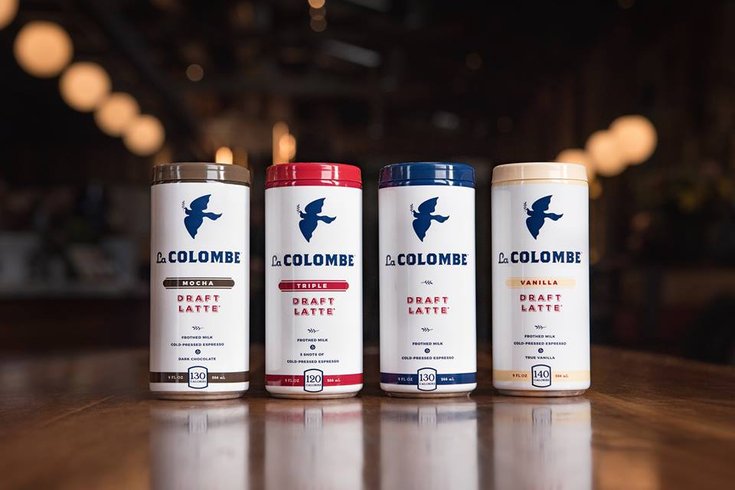 Ready-to-drink coffee beverages have long been the ugly duckling of the coffee world. Caffeine snobs can find them to be almost sacrilegious, while others often find them just not very good – a second-rate option to regular coffee.

Now, less than three years after Philadelphia-based coffee roaster La Colombe unveiled its RTD Draft Latte (the first of its kind), the company is ready to take over the market with its new, critically acclaimed product.

La Colombe announced Wednesday that it has now taken over 1 percent market share of RTD coffee drinks across total U.S. food, making it the fastest growing RTD coffee beverage in the country.

Since the Draft Latte debuted in 2015, starting first with the traditional espresso flavor and expanding to include Chai, mocha, peppermint mocha, pumpkin, and other flavors, the brand has emerged as a mighty force in the RTD coffee category, effectively redefining the stigma surrounding such drinks.

“Our aim is to change the landscape of coffee through obsessive innovation and the cleanest ingredients,” said Todd Carmichael, CEO and co-founder of La Colombe, in a statement. The coffee roaster plans to introduce new Draft Latte and canned varieties this year.

In the years since it has been on the market, The Draft Latte – which includes no added no sugar – has garnered its fair share of praise from food and coffee critics.

“It emerges cold and creamy, the color of melted coffee ice cream (the best color) and is crowned with a tall head of buoyant, ethereal foam made up of tiny little bubbles that percolate to the surface in a slow-mo dream,” Carla Lalli Music wrote for Bon Appétit last year.

“Because there’s no ice, there are no cold cubes to interfere with the aerated, silky texture, and no watering down of anything. The first time I had one I nearly fainted with joy.”

La Colombe was recently crowned with BevNET’s Best of 2017 “Rising Star” award, which recognizes brands whose performances poise them to create significant change in the industry. La Colombe’s Draft Latte Chai also was named one of BevNET’s “Best New Products” of 2017.