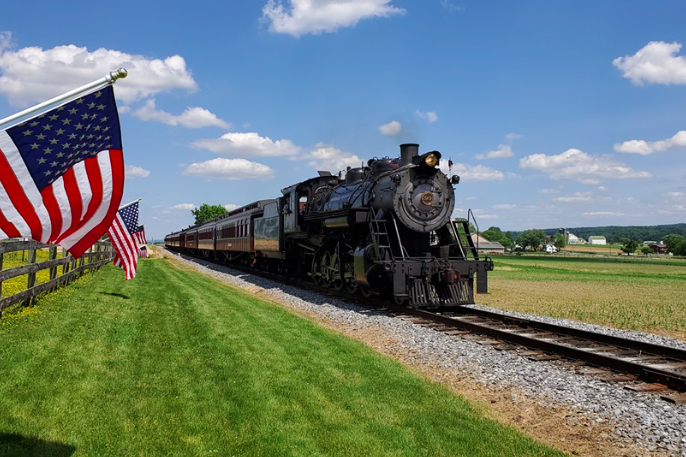 The historic Strasburg Railroad offers an excursion through Pennsylvania Dutch Country, one of the most scenic locales in the United States.

A train ride is often only as good as the landscapes it has to offer, even if they're brief glimpses away from a book or a cellphone.

A new ranking from USA Today's 10Best series holds one central Pennsylvania railroad in high regard, naming it the second best train ride in the United States.

The 10Best editors and readers gave a nod to Strasburg Railroad, the oldest continuously operating railroad in the Western Hemisphere.

"Founded in 1832, the historic Strasburg Rail Road didn’t become a tourist railroad until 1958," 10Best wrote. "Today, passengers continue to board the train for a chance to soak up the views of Pennsylvania’s scenic Lancaster County."

The 4.5-mile route through Pennsylvania Dutch Country is a heritage railroad navigated by five historic steam locomotives. One of them, Brooklyn Eastern District Terminal 15, became an attraction for families after it was remodeled as Thomas the Tank Engine. The five trains represent the largest remaining wooden passenger coach fleet in the country.

The tourist excursion at Strasburg Railroad is also located across the street from the Railroad Museum of Pennsylvania, making it a destination for railroad history in the state.

To determine the list, a panel of experts partnered with 10Best editors to choose the initial 20 nominees. The top 10 winners were decided by popular vote.

Other train rides featured on the list include Capitol Corridor in northern California, the Mount Washington Cog Railway in New Hampshire and the Cass Scenic Railroad in West Virginia. Readers chose the 64-mile Cumbres & Toltec Scenic Railroad between New Mexico and Colorado as the best in the country.