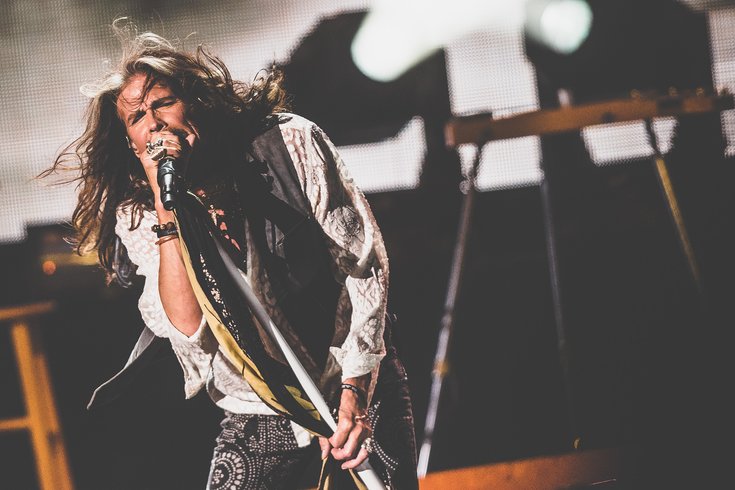 Steven Tyler, frontman for the band Aerosmith, has sent his third cease and desist letter to President Donald Trump for playing Aerosmith music at his campaign events without consent. Tyler's lawyers sent the letter to Trump today for playing “Livin’ On the Edge” at a rally on Tuesday at the Charleston Civic Center in West Virginia.

RELATED READS: 'Crazy Rich Asians' author Kevin Kwan wanted for draft dodging in Singapore | Your ultimate guide to the 2018 Made in America music festival | We're only a few days away from autumn pumpkin madness at Starbucks, Dunkin' Donuts

Tyler sent two cease and desist letters in 2015 for playing “Dream On” without the band's consent. The first was sent on Aug. 28, 2015 for an event that was held at Ladd-Peebles Stadium in Mobile, Ala. on Aug. 21, 2015. The second letter was sent in response to the first letter as Trump used the song again at the North Atlanta Trade Center in Norcross, Ga. on Oct. 10, 2015.

Tyler's lawyer, Dina LaPolt, writes, "As we have made clear numerous times, Mr. Trump is creating the false impression that our client has given his consent for the use of his music, and even that he endorses the presidency of Mr. Trump. By using 'Livin’ On The Edge' without our client’s permission, Mr. Trump is falsely implying that our client, once again, endorses his campaign and/or his presidency, as evidenced by actual confusion seen from the reactions of our client’s fans all over social media."

Tyler's lawyers have given Trump 24 hours to comply to the letter, which mentions, "Due to your receipt of the previous letters, such conduct is clearly willful, subjecting Mr. Trump to the maximum penalty under the law.”