We're only a few days away from autumn pumpkin madness at Starbucks, Dunkin' Donuts 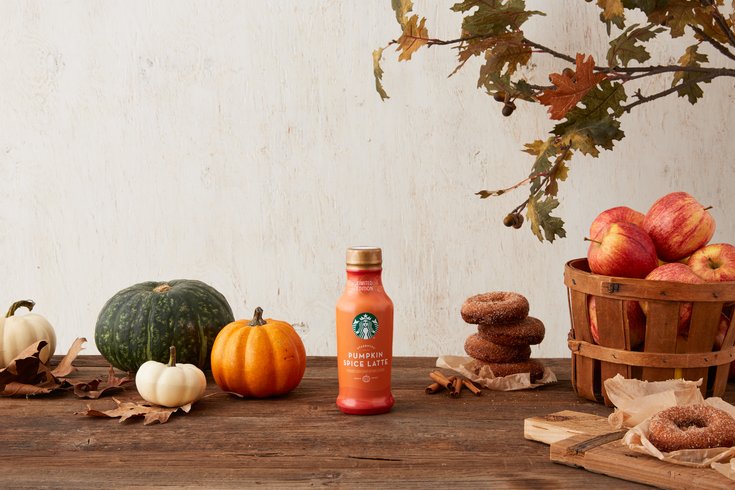 Starbucks will roll out its ready-to-drink Iced Pumpkin Latte to grocery stores later this month.

As the summer winds down, it's only a matter of time before the onslaught of pumpkin-flavored everything descends upon us. For Starbucks and Dunkin' Donuts, the transition to autumn is happening sooner than you'd think.

Dunkin' Donuts announced the return of its pumpkin spiced and fall-themed drinks is less than a week away, hitting locations Monday, Aug. 27. A day later – Tuesday, Aug. 28 – Starbucks will also welcome the return of its autumn flavors, including the infamous Pumpkin Spice Latte.

Starbucks' return of the PSL is happening an entire week earlier than it did last year, when the chain at least waited until after Labor Day, premiering the concoction on Tuesday, Sept. 5. Previously, from 2011 to 2014, however, Starbucks has begun serving pumpkin-y things in late August.

According to Business Insider, Starbucks fans can also expect some new drinks for the fall rotation. The lineup will reportedly include a Cold Foam Dark Coca Nitro and an Iced Maple Pecan Latte with Cold Foam.

At Dunkin' Donuts, in addition to standard pumpkin and maple pecan items, the chain will also be offering seasonal food additions, such as the Belgian Waffle Breakfast sandwich and some limited edition, hyper-festive doughnuts that will make you feel like Mr. Autumn Man himself.

"It seems our fans are demanding pumpkin earlier and earlier each year," a Dunkin' Donuts spokesperson told TODAY Food.

Meanwhile, temperatures in Philadelphia are estimated to be between 80-90 degrees throughout next week, so best be ordering that pumpkin iced.