Straight Shooters: Breaking out of the Wrestling Bubble; AEW debuts on TNT Oct. 2 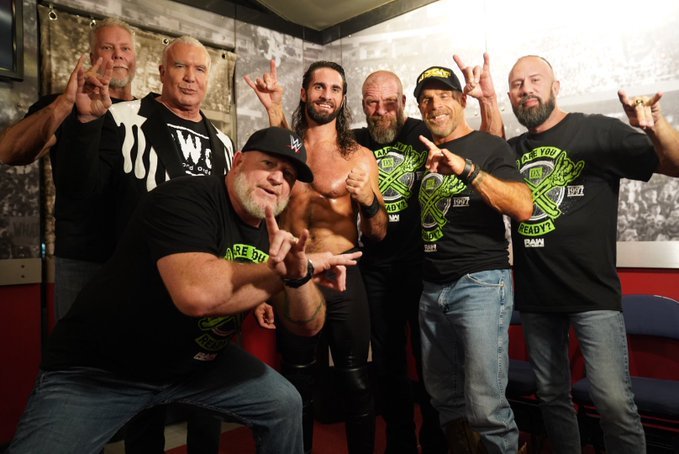 The nWo and DX came together on RAW Reunion, but at what cost to the wrestling fan?

Nick Piccone thought it was a good show, but Vaughn Johnson didn't. And that's precisely why we decided to tackle the subject this week on Episode 205 of The Straight Shooters.

Nick Piccone (@nickpiccone) and Vaughn Johnson (@VaughnMJohnson) discussed how the Wrestling Bubble exists especially with hardcore wrestling fans who are expecting way more out of a wrestling show than casual fans. As we saw with RAW Reunion, it was a show for the nostalgia, not for furthering storylines. SmackDown, on the other hand, set up SummerSlam quite nicely. So if both shows quenched lapsed fans' thirst and current fans' thirst, what's the problem?

AEW debuts on TNT on October 2. Per their press release (via @nickpiccone): pic.twitter.com/sWV9QBzzRI

With AEW heading to Wednesday nights, will WWE respond by moving NXT to another night, or to another network altogether? Also, Nick has some thoughts on what keeping 205 Live afloat and moving it to FS1 could mean for WWE and NXT.