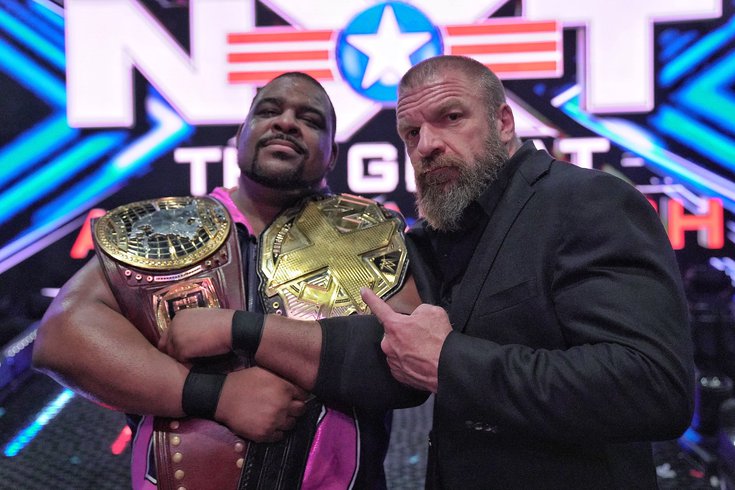 Keith Lee defeated Adam Cole to become the NXT Champion at the Great American Bash. The Winner-Take-All Match propelled Lee into wrestling lore as a double champion. That was the inspiration for this week's discussion on The Straight Shooters.

Nick Piccone and Vaughn Johnson go over their respective lists of some of the best double champions in professional wrestling history. There are at least three of them now in prominent wrestling promotions, two of them residing currently in WWE! Always a fun time reliving wrestling history.

But before that, the guys discuss the latest in the Wednesday Night War television ratings, where NXT's total viewership wins for three consecutive weeks sparked AEW's Chris Jericho and owner Tony Khan to take to Twitter to explain how TV demographics work. Lame? Character-driven? You be the judge.

They also give flowers to some of the less lauded wrestling stars who deserve their praise.

You can also subscribe to The Straight Shooters on the following platforms: Apple Podcasts (please rate and review us!), Spotify, Pandora, Stitcher, Google Podcasts, Spreaker, iHeartRadio, TuneIn Radio, Player FM and wherever else you get your podcasts!