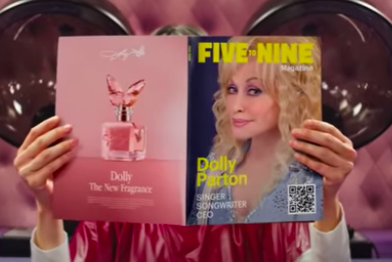 The Super Bowl commercial lean into comforting, feel-good messaging in 2021 by bringing out old favorites with some new twists.

Super Bowl ads are famous for being eccentric, over the top and innovative. But this year, many brands are leaning into the comforts of years past for their prime time commercials.

Recents ad teasers depict John Travlota showing off his dance moves from his "Grease" days and Dolly Parton singing an old song rewritten to have a new meaning.

But some top brands, like Coca-Cola and Budweiser, have opted out of ads this year. Pepsi isn't airing an ad either, but instead will focus on its halftime show sponsorship and promoting Mt. Dew Watermelon, PennLive reported.

Here are some of the ads that will appear when the Tampa Bay Buccaneers and Kansas City Chiefs break from the action Sunday.


Bud Light is bringing back Post Malone, Cedric the Entertainer, Bud Knight and other characters from its past for its "Legends" ad. The brand is leaning on its old, iconic ads, like the "Real Men of Genius" campaign from the 1990s and early 2000s, Variety reported.

Bud Light execs say they hope the old characters bring some much-needed comfort and nostalgia to the audience. The brand began airing its old ads on recent NFL broadcasts with "Legends" graphics to jog viewers' memories and introduce the characters to people too young to recognize them.

In a teaser to the ad, Kutcher walks into his office to find an envelope of evidence suggesting Kunis ate his Cheetos. "I knew it," he says, before the teaser ends. A second teaser shows Kunis rehearsing her denials, with the musician Shaggy providing advice.

The Super Bowl commercial incorporates Shaggy's 2000 hit "It Wasn't Me" into a series of accusations and denials between the couple.

Teasers to the ad, including one featuring Jimmy Kimmel and Mindy Kaling, hinted at Matthew McConaughey's new look.

Viewers finally get to his new appearance in the Super Bowl commercial. McConaughey has been transformed into #FlatMatthew, a two-dimensional version of himself similar to Flat Stanley. He stumbles through life until he eats a bite of the Doritos 3D Crunch chip and becomes three-dimensional again.


The athlete-studded Michelob Ultra ad asks "Are you happy because you win, or do you win because you're happy?"

Serena Williams, Anthony Davis, Peyton Manning, Brooks Koepka, Jimmy Butler and Alex Morgan are featured in the ad, though instead of playing sports, they are spending time with loved ones.


The seltzer ad calls out what's real and what's fake in the world around us as Don Cheadle has to face his celebrity look-alike. He says Michelob's low calorie, zero sugar beverage may look like the others, but it's much different.

The commercial features a slew of celebrities and their doppelgangers, including Sylvester Stallone and Megan Fox.


John Travolta busts out his old "Grease" dance moves for the Scotts Miracle-Gro commercial and dances with his 20-year-old daughter Ella.

Lenny Kravitz stars in Stella Artois' "Heartbeat Billionaire" ad this year. Kravitz says each person is born with 2 billion heartbeats, which makes us all heartbeat billionaires.

Dolly Parton dusts off her hit song "9 to 5" with a twist for Squarespace: "5 to 9." The ad highlights people who are working to turn side projects into their own businesses.

Squarespace said the song is intended to encourage people to invest in their side hustle and make it a reality.