Teresa was rescued from Thailand, where her rescuers claim she was destined to be turned into human food 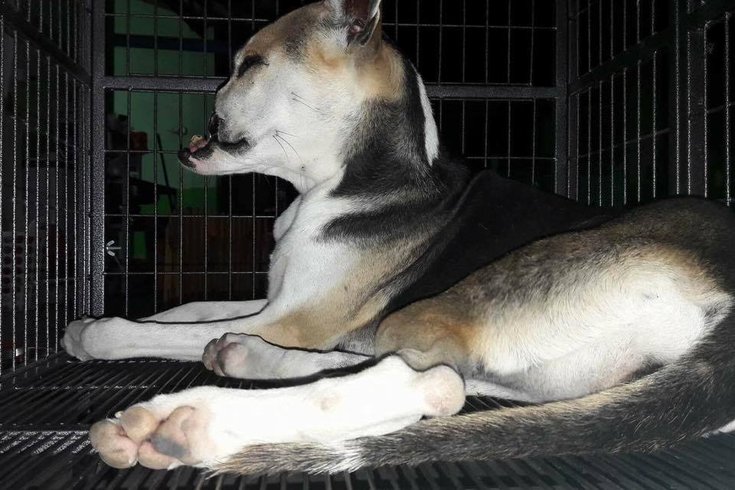 A mutilated dog rescued from Thailand and brought to New Jersey underwent surgery on Tuesday to begin to repair her facial deformities and nerve damage.

The dog, named Teresa by her rescuers, was allegedly maimed in an act of cruelty at the hands of a human who had plans to eat her. That person reportedly missed when attempting to chop off Teresa’s head, but took off her snout before she got away.

Teresa’s rescuers, local animal activists Michelle Weirich and Karen Quigley, launched a successful GoFundMe campaign to raise money for her travel to the U.S. and medical care costs. The campaign exceeded its goal and covered her treatment on Tuesday.

The surgery, completed by Dr. John Lewis at NorthStar VETS, was reported to be a success.