Surviving Stella: what you need to know 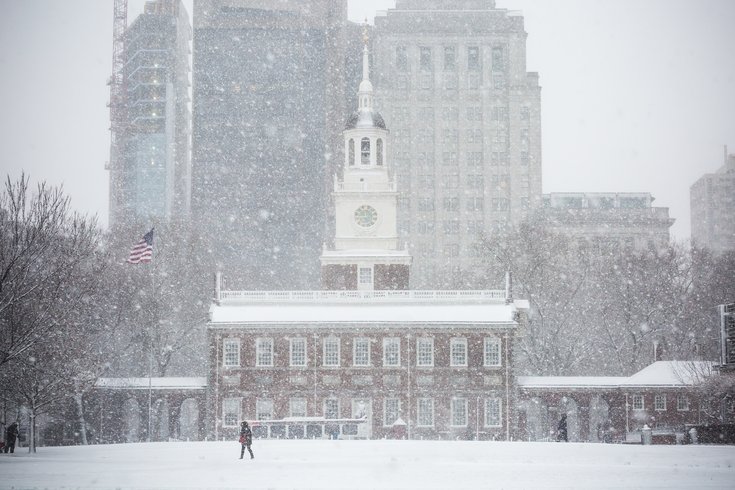 In this file photo from Feb. 9, 2017, snow covers Independence Mall in Old City. There is a potential for snow accumulations on Tuesday or Wednesday.

With a dangerous nor'easter descending on the Philadelphia region, here's what you need to know to survive Winter Storm Stella:

The City of Philadelphia has lifted its snow emergency and its ban on parking on some city streets. At 4 p.m. Tuesday, the Philadelphia Parking Authority enforcement of all parking violations resumes. Discounted parking rates at the PPA's Center City garages end at 4 p.m. as well. Those entering the garage after that time will pay normal rates.

In anticipation of the storm, all Philadelphia public and archdiocesan schools are closed Tuesday.

The archdiocese noted that its high schools and parochial elementary schools in the suburban counties typically follow the decision of their local public school district and submit an independent closure status.

More school closings and delays can be found at Fox29.com.

No Tuesday trash collection in city

All courts and government offices are closed Tuesday in Bucks, Montgomery, Delaware and Chester counties.

In South Jersey, all Camden County offices are closed for non-essential employees.

SEPTA, which is urging customers to avoid unnecessary travel, has released a list of detours, suspensions and delays already set for Tuesday. SEPTA's weather-related updates will be posted online.

Several city bus routes will be delayed, detoured or suspended starting at 4 a.m. Tuesday. Additional routes may be affected depending on how much snowfalls and other effects of the storm.

NJ Transit has not yet made a weather-related announcement.

Several major airlines have announced flight cancellations for arrivals and departures later this week at airports throughout the region, including Philadelphia International Airport. To get flight status, call your airline, get updates at 1-800-PHL-GATE or check the airport website, www.phl.org.

The Philadelphia Parking Authority will not enforce meter and time limit violations after 10 p.m. Monday due to the snow emergency. The PPA will enforce all snow emergency and safety violations. Vehicles illegally parked on snow emergency routes will be subject to ticketing and towing.

The Parking Authority will offer discounted parking in Center City garages during the Snow Emergency to help lessen the amount of cars parked on the street. Beginning at 10 p.m. Monday and running through the end of the snow emergency period, PPA will offer a special 24-hour flat rate of $5 for the following parking facilities list at right.

The Philly 311 Call Center will remain open during normal business hours Tuesday (8 a.m.- 8 p.m.) to take calls for non-emergencies. Requests for salting and plowing will not be taken during the storm. Once the storm has moved on, the city will announce when such requests will be taken.

Check out the 7-day forecast here.