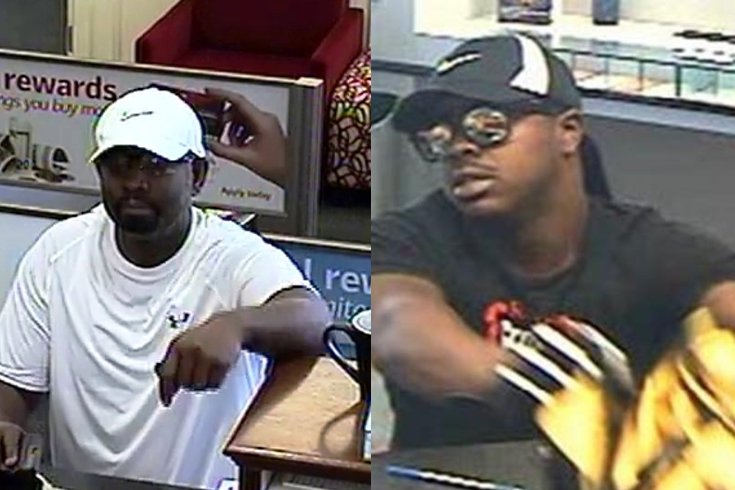 The FBI and Plymouth Township police are seeking a suspect in Wednesday's armed robbery of a Montgomery County bank.

According to authorities, a man entered the Bank of America branch office at 420 Plymouth Road in Plymouth Meeting just before 4 p.m. and demanded money from the teller. He brandished a black semi-automatic pistol. The teller handed over an undisclosed amount of cash, and the suspect fled the building on foot, firing a round at the teller window as he left.

No one was struck by the bullet, and no one was injured in the robbery. The subject is described as a black male in his mid-20s with a muscular build and a thin mustache and beard. He was last seen wearing a plain white t-shirt, glasses and a hat that read "Nike swoosh" on the front.

The subject is also believed to be responsible for the robbery of a Wells Fargo bank in Bryn Mawr on May 14. He is believed to be armed and dangerous.