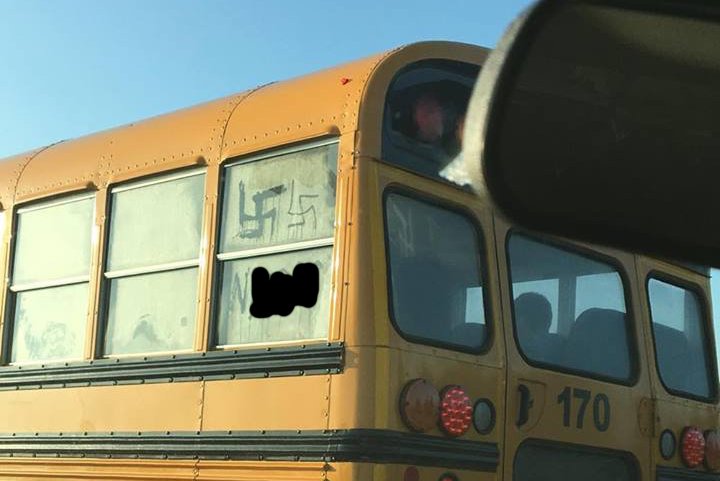 Upper Macungie Township resident Sonia Topiarz says she took this photo of swastikas and a racial slur on the back of an East Penn School District bus on Monday, Dec. 12.

A woman says she saw a racial slur and Nazi symbol scribbled in the condensation of a foggy window of a school bus in Southeastern Pennsylvania on Monday afternoon.

Sonia Topiarz provided a picture to PhillyVoice that shows two swastikas and the word "n*****" drawn on the back window of the bus.

Topiarz contacted the school district afterward, and said she was told the bus driver would clean it off.

She added she "wanted to make sure people knew that this was happening and that the people involved would know that this is not OK."

On Monday, December 12, the East Penn School District’s transportation provider was informed by a passing motorist that a racial slur and swastika were inscribed in the condensation of an East Penn School District bus window.  The district denounces and prohibits this type of racial harassment and is in the process of conducting a full investigation.

A number of racist incidents have been reported at schools across the state in the past few months.

Gov. Tom Wolf announced in November that his administration had developed a response plan to deal with incidents at Pennsylvania's schools.