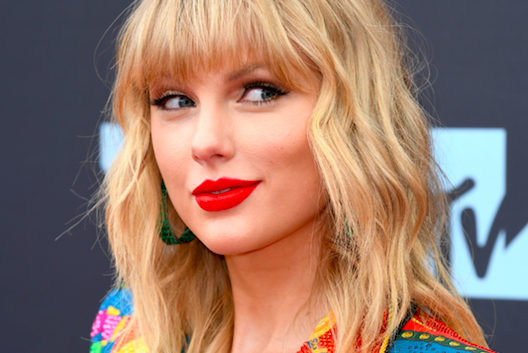 On Thursday, she posted a video asking her cats if she should share the holiday single she wrote.

RELATED: James Bond has a Philadelphia connection that may surprise you

When in doubt, ask the itty bitty pretty kitty committee. When they shun you with silence, ambivalence, and judgmental brush offs... just put the song out anyway. NEW XMAS SONG AND VIDEO (made from home videos 👨‍👩‍👧‍👦) OUT TONIGHT #ChristmasTreeFarm 🌲🎄🌲🎄🌲🎄🌲🎄🌲🎄🌲🎄🌲 pic.twitter.com/GdlnCAKDLF

Then just after midnight, the singer dropped the song "Christmas Tree Farm" with a music video featuring home-video footage from her childhood home in Pennsylvania.

As fans already know, Swift grew up on a Christmas tree farm in Berks County before moving to Nashville for her music career.

I actually did grow up on a Christmas tree farm. In a gingerbread house, deep within the yummy gummy gumdrop forest. Where, funnily enough, this song is their national anthem. #ChristmasTreeFarm song and video out now 🎄https://t.co/p9Hk8blYpS pic.twitter.com/rTdGd1wIhK

You can watch the video below. In it, Swift plays in the snow, meets Santa and opens Christmas gifts, including what could be her first guitar.