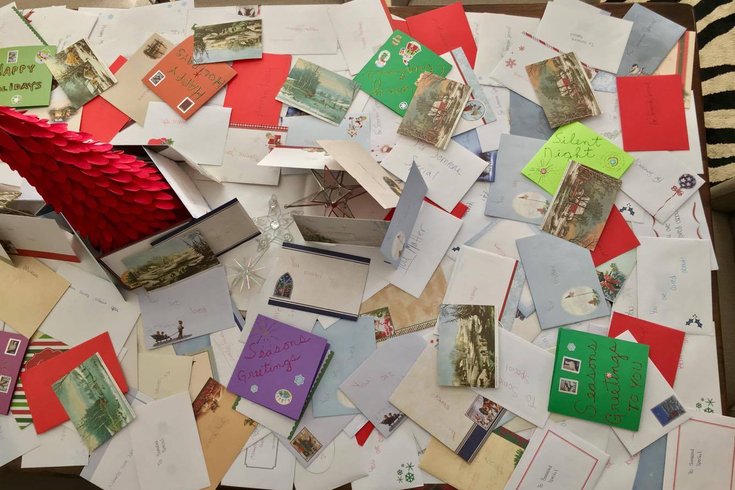 Alison Boetllin, a 21-year-old senior at Temple, started her "You've Got Mail" project in November.

When Ali Boettlin, a 21-year-old senior at Temple University, began a holiday card drive for Philadelphia's homeless with a single Facebook post, she set a goal of collecting 500.

She wasn't exactly expecting the 1,200 that are covering tabletops all over her house – including some that have come from as far as London.

Boettlin said she drew inspiration from her mother who regularly sends her cards in the mail while she's away at school. And though she's volunteered at a homeless shelter in her hometown of Reading, Berks County, which provides people with basic needs like food and toiletries, she said she wanted to do something extra, because feeling good is a necessity, too.

"I think a basic need is also your emotions and knowing that people do care," she said.

Boettlin launched the project she calls "You've Got Mail" back in November and plans to collect cards until Wednesday. Then she will walk around the city, handing them out one by one. Some are stuffed with donated gift cards, too.

Hoping to hit 1,500 cards by her deadline, Boettlin said she plans to connect with a homeless shelter to distribute any that remain.

Though she started the project on her own, Boettlin said she's overwhelmed by the outpour of people wanting to help. While she said she knows about 50 percent of those who handed her cards or mailed them in, Boettlin's getting contacted regularly.

"I had people [reach out] who I didn't know or who I haven't heard from in eight years," she said. "My inbox was flooded with, 'How can we help?'"

Boettlin held card-making parties in her hometown, which is where she met Libby Aulenbach with Thirty-One Gifts, an Ohio-based company that sells bags and other items. Thirty-One Gifts also has its own charity, Thirty-One Gives that works to empower women.

Aulenbach had 65 bags stuffed with gloves, scarves, feminine hygiene products, toothbrushes and more that she donated to Boettlin.

"It seemed like a really good opportunity to send the bags to someone who's on a mission to help the homeless this time of year," Aulenbach said. 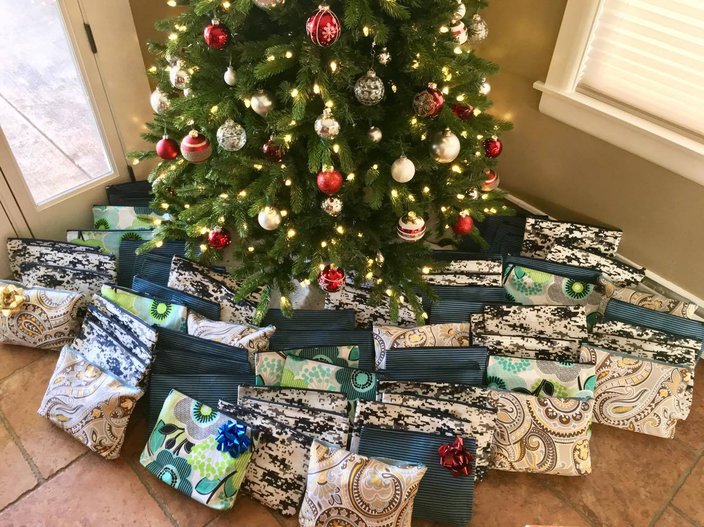 Boettlin isn't the only one trying to spread holiday cheer. Organizations across the country, including Philadelphia, have similar programs aimed at making holiday cards for the homeless, like Sunday Breakfast Rescue Mission, a Philadelphia nonprofit that caters to the physical and spiritual needs of the homeless.

Jarreau Freeman, marketing coordinator for the organization, said the Mission's card drive is in its third year. Launched Dec. 1, it has collected about 600 cards. The nonprofit plans to continue collecting until Dec. 20.

She said the cards are a way that people who may not be able to donate goods can still give back in some way.

"It's a way to let them know that they're being thought of and loved and not alone," Freedman said.