Maeve Lily Sherry, of Wayne, was born safe and healthy on Sept. 9 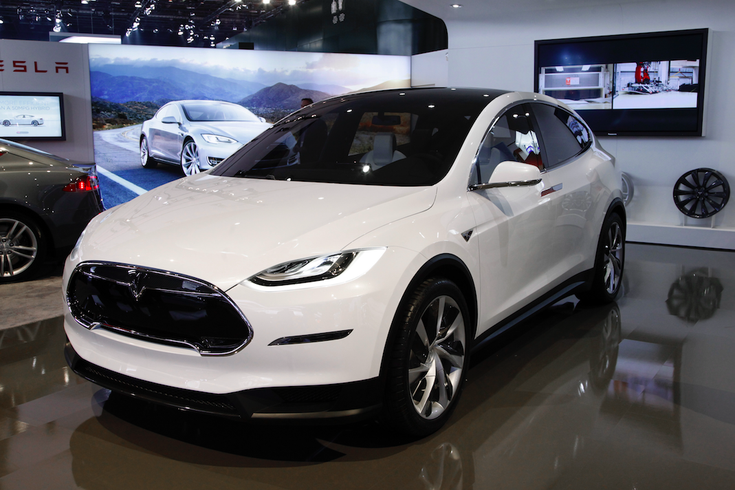 A picture of a Tesla electric car. A "Tesla baby" was born in one while it was on autopilot mode in Chester County taking her family from Wayne to the Paoli Hospital on Sept. 9.

Babies have been born in all kinds of strange places – from grocery stores and factory floors to taxi cabs and sidewalks. But one Chester County infant may have taken the cake when her mother gave birth in a Tesla that was on autopilot mode.

That's how Maeve Lily Sherry, of Wayne, entered the world on Sept. 9.

When her parents – Yiran and Keating Sherry, 33 and 34 – finally made it to Paoli Hospital, the nurses nicknamed Maeve "the Tesla baby."

The story, first reported by the Inquirer before it was picked up nationally and beyond, began just a few hours earlier, around 8:30 a.m., when Yiran's water broke while she was doing laundry.

She wanted Keating to bring their older son Rafa, 3, to preschool before taking her to the hospital, but he knew they didn't have that much time.

The trio, soon to be a quartet, piled into the family Tesla at their home in Wayne and began the quick drive to Paoli Hospital. It's only a 20-minute ride, but Yiran said it felt like two hours.

Keating put the vehicle on autopilot and gingerly kept a hand on the wheel while he altered his attention between his wife in labor and his toddler in the back seat.

The car finally made it to the hospital parking lot, but the family was too late.

"Oh, my God, Keating. She's out," Yiran said to her husband, per the Inquirer's account.

A doctor who happened to be in the parking lot saw what was happening and waved a team of nurses down to the car. They cut Maeve's umbilical over the front seat of the four-door sedan and brought the family inside. The baby was safe and healthy, the nurses told the new parents.

Yiran, who is from China, met Keating when the two were teaching at the Rainbow Bridge International School in Shanghai.

They quickly fell for each other, and after Yiran completed her own education in Shanghai she followed Keating to San Francisco, where they got married and Rafa was born.

Yiran's first experience with going into labor had been long and stressful ended with an emergency Caesarean section, something she had hoped to avoid the second time around, so she was happy with how quickly Maeve wanted to get out.

The young family moved to the Philly area in late 2018.

The Sherrys plan to keep their Tesla. Keating said he wouldn't be surprised if it's the vehicle Maeve takes her driving test in come 2037, when she'll be 16.

Yiran is not only the mother to give birth in a Tesla recently. Earlier this month December, a New York City woman also gave birth in one of the electric cars while stuck in Midtown traffic on her way to the hospital.