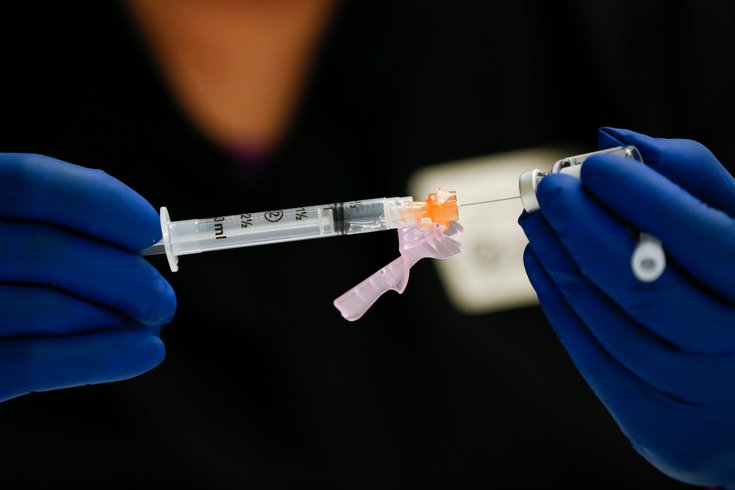 Advisors to the U.S. Centers for Disease Control and Prevention voted to recommend most Americans receive the Pfizer or Moderna COVID-19 vaccines instead of the Johnson & Johnson vaccine due to its links to a rare but serious blood clotting side effect.

A rare but serious blood clotting issue linked to Johnson & Johnson's COVID-19 vaccine has prompted a recommendation that most Americans receive the Pfizer or Moderna vaccines instead.

An advisory panel to the U.S. Centers for Disease Control and Prevention voted Thursday in favor of the recommendation, noting the Pfizer and Moderna vaccines do not carry the same risk and are more effective.

The recommendation still must be accepted by CDC Director Rochelle Walensky.

The side effect has been confirmed in 54 cases, resulting in nine deaths, but public health officials previously had recommended all three available coronavirus vaccines equally. The side effect is more common among women, occurring once in every 100,000 doses among women ages 30-49.

When the vaccines were first rolled out, J&J's one-shot vaccine was believed by many to be an important tool in getting hard-to-reach populations inoculated, as the other two vaccines require a second appointment for a subsequent dose.

Of the roughly 200 million Americans who are considered fully vaccinated, only 16 million have received the Johnson & Johnson shot.

The panel's recommendation was made as part of a longer meeting that included discussions about vaccine safety in 5-to-11-year-olds and an update on the omicron variant.