Gender-affirming care has the potential to reduce the high rates of mental health issues experienced by transgender people, researchers say 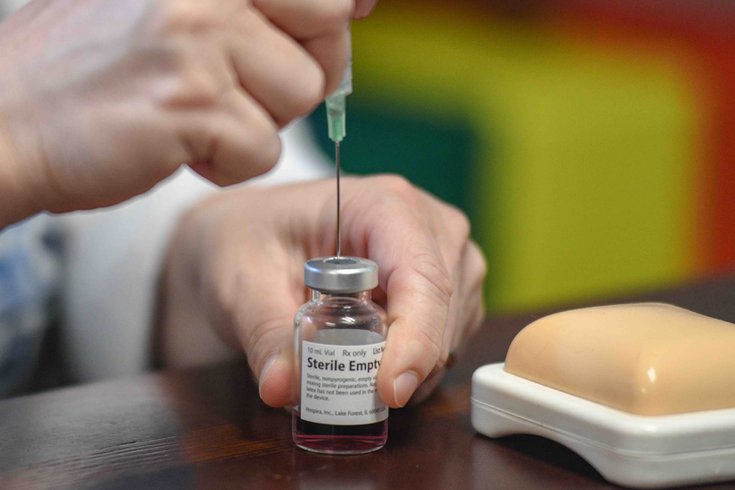 Gender-affirming hormone therapy is associated with a lower risk of depression and suicide among transgender and nonbinary youth, according to a new study published by the Journal of Adolescent Health.

Previous research has linked early adoption of gender-affirming care to reduced depression and other mental and emotional health issues among transgender youth. But this was the first study of such magnitude.

The study was based on a survey of 34,759 lesbian, gay, bisexual, transgender, queer and questioning people, ages 13-24, conducted by the LGBTQIA organization The Trevor Project.

Of the transgender and nonbinary participants, only 14% had received GAHT. Half said they had not received it but would like to. The other 36% said they were not interested in using it.

Gender-affirming hormone therapy is described by Temple Health as medicine to "help a person gain the outward characteristics that match their gender identity," and is most often used for transgender and gender nonconforming people. Prescribing estrogen, testosterone or forms of hormone blockers meant to pause the onset of pubescent symptoms act as an early form of gender-affirming health care.

Gender-affirming medical care is just one aspect of the process of gender affirmation, which often includes social, legal and medical changes. Social transitioning – which involves a transgender or nonbinary person presenting and dressing according to their gender identity – tends to be the earliest form of gender transition, and is often a first step toward medical or legal transition, though some people choose not to medically or legally transition.

Of the study participants who received GAHT, 80% reported at least one parent supporting their gender identity. Further, use of GAHT was "associated with lower odds of recent depression and seriously considering suicide," according to the study's major findings.

The basis of the study is that transgender and nonbinary people experience higher rates of depression and suicidal thoughts and actions, even compared to cisgender members of the lesbian, gay, bisexual, queer and questioning communities. A 2020 survey conducted by The Trevor Project found that 52% of all transgender and nonbinary youth seriously contemplated suicide within the year.

The study cites previous research into the causes of the heightened suicide risk for transgender and nonbinary youth, including treatment by outside forces – like legislation to limit transgender health care – and gender dysphoria, which is the dissonance between a person's gender identity and physical traits.

Therefore, treating gender dysphoria and reducing minority stress could be key in the reduction of suicide risk and depression risk for transgender youth.

"It's clear that gender-affirming care has the potential to reduce rates of depression and suicide attempts while banning this vital care and exposing young people to harmful political rhetoric can cause real harm," Amit Paley, CEO and executive director of The Trevor Project, told NBC News.

Alongside increased access to health care for transgender and nonbinary youth, 2021 has seen an increase in anti-transgender bills in state legislatures across the country, particularly in Texas. A Pennsylvania House bill introduced earlier this year sought to ban transgender students from playing women's sports.