With trans fat no longer an issue, margarine may be a healthier alternative to butter 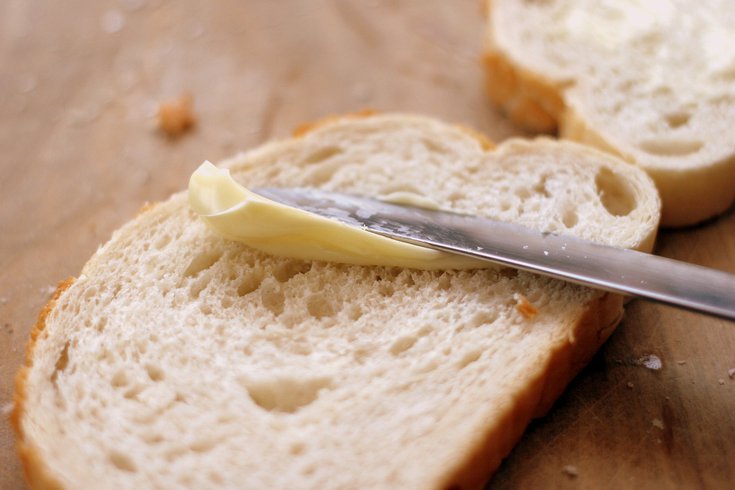 Researchers found that after the FDA banned trans fat, margarine and butter blend products not only had no man-made trans fat but also had significantly lower levels of saturated fat and cholesterol.

Since margarine was first invented back in the 1860s as a cheaper alternative to butter, debates have been waged on which is healthier.

Before the U.S. Food and Drug Administration banned the use of partially hydrogenated oils in processed foods like margarine, trans fat – which is created when hydrogen is added to vegetable oil  – was a major health concern.

Now that these oils are no longer used, which is really healthier for you?

One recent study compared the fatty acid contents of 83 margarine and margarine-blends to butter. The researchers found that margarines without trans fat are better for your heart health and are therefore the healthiest.

Why is that? It comes down to the levels of saturated fat in the food product, nutritionists say.

Too much saturated fat, which is typically solid at room temperature, can also elevate your "bad" cholesterol – increasing your risk of heart disease, according to the American Heart Association.

Weber and her colleagues found that after the ban, margarine and butter blend products not only had no man-made trans fat, but they also had significantly lower levels of saturated fat and cholesterol.

Weber emphasized that margarines sold in the U.S. today are healthier than they used to be, but they should still be consumed in moderation because they contain some saturated fat and a high amount of calories per serving size.

Liquid oils such as extra virgin olive oil, canola, avocado, walnut, sesame and sunflower oils, are the healthiest alternatives to use when cooking, according to the Cleveland Clinic. You can even spread a little olive oil on bread instead of butter or margarine.
When food shopping, look carefully at nutrition labels and pay extra attention to the types of fats, cholesterol levels and calories in each product.