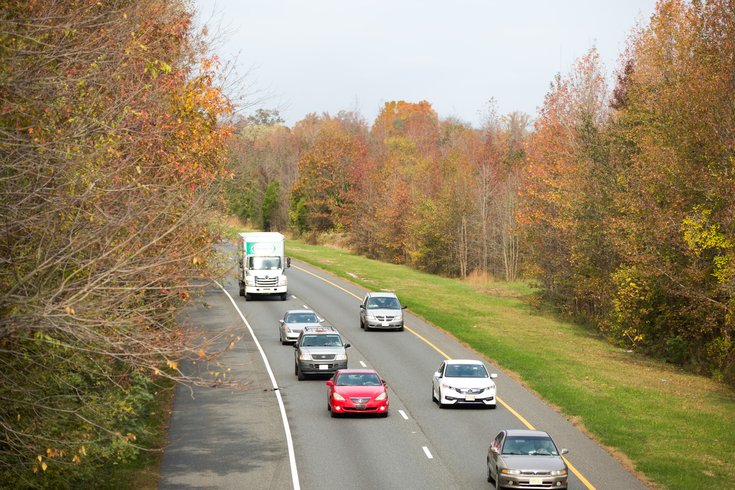 A new report from AAA predicts a record 50.9 million Americans will travel at least 50 miles for Thanksgiving this year, up 3.3 percent from 2016.

According to the report, Thanksgiving travel has not been this high since 2005. Compared to last year, travel in anticipation of next week’s holiday will bring an added 1.6 million people into the holiday traveling mix.

“A strong economy and labor market are generating rising incomes and higher consumer confidence, fueling a strong year for the travel industry, which will continue into the holiday season,” Sutherland said in a statement.

The vast majority of these travelers are going by car (89 percent, or 45.5 million), though air travel saw the biggest spike in its number of travelers, with 3.95 million estimated to travel by plane for some turkey next week. Train and other travel will see an estimated 1.1 percent increase to 1.48 million travelers.

If you’re one of the many people traveling far and wide to celebrate, it’s time to map out your game plan accordingly. Though Philadelphia doesn’t rank as one of AAA’s 10 most congested cities, holiday travel throughout the Greater Philadelphia region is still projected to increase 3.5 percent, totaling around 602,069 travelers. In New Jersey, another 3.5 percent increase is projected for a total 1.3 million travelers. 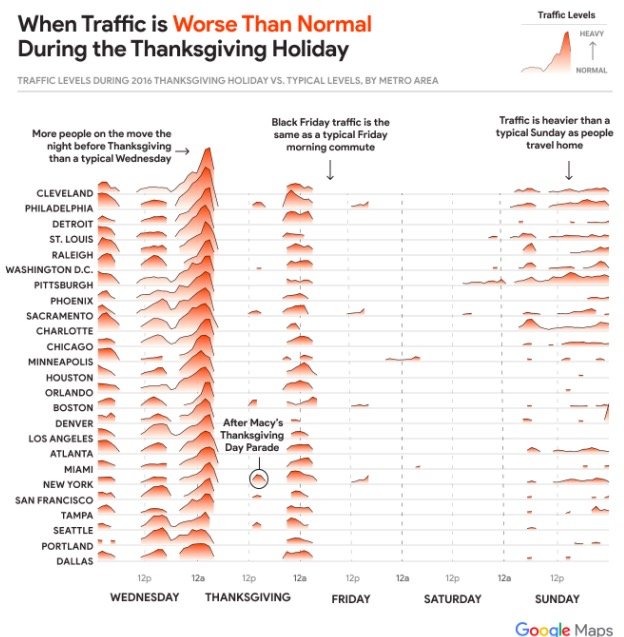 In Philadelphia, it looks like drivers should start driving Thanksgiving day by 6 a.m. and return home Sunday at the same time. You’ll get slammed with the worst traffic around 4 p.m. Wednesday (Thanksgiving eve) and 3 p.m. Saturday.

Take a look at the other Google Thanksgiving data here, and view the AAA report overview here.