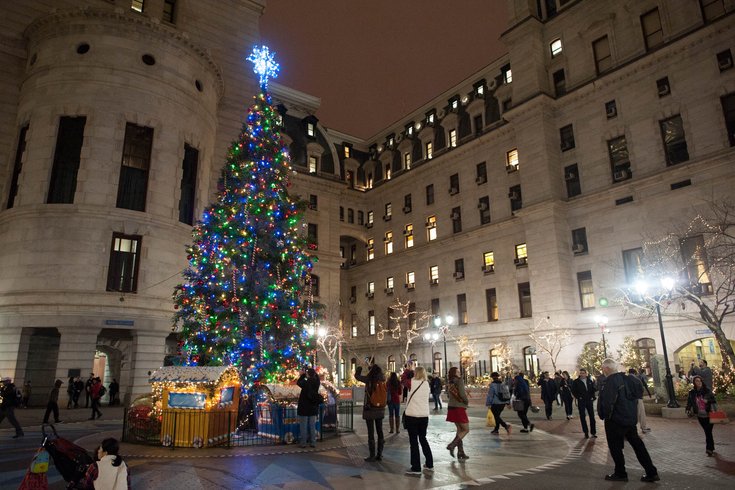 Passersby pause for photos of the brightly lit tree in the center of Philadelphia's City Hall on Wednesday, Dec. 16, 2015.

With retailers in a rush to capitalize on holiday shopping – Best Buy started playing Christmas music as early as Oct. 22 – some psychologists are saying too much festiveness too soon can be worse than merely grating, but also damaging to a person's mental health.

According to clinical psychologist Linda Blair, an endless loop of Andy Williams and Bing Crosby crooning out carols before its even Thanksgiving is enough to make people feel anxious about all that has to be done in the season ahead.

“It might make us feel that we’re trapped – It’s a reminder that we have to buy presents, cater for people, organize celebrations. Some people will react to that by making impulse purchases, which the retailer likes," Blair said. "Others might just walk out of the shop. It’s a risk.”

Too early and too loud Christmas music can be anxiety-inducing for anyone, but who feels the effects most? Store employees.

For those who can’t just walk out of the shop, the only option is to tune it out, Blair said.

Unfortunately, we can’t really expect stores to stop playing Christmas music anytime soon, mostly due to the belief that festive songs and seasonal scents can lure consumers into a holiday shopping frenzy (which some research has supported).

However, in a 2015 Huffington Post/YouGov survey, 43 percent of respondents said the ideal time for the start of Christmas music is one month before the holiday – only four percent said they'd like to hear it more than a month out from Dec. 25.