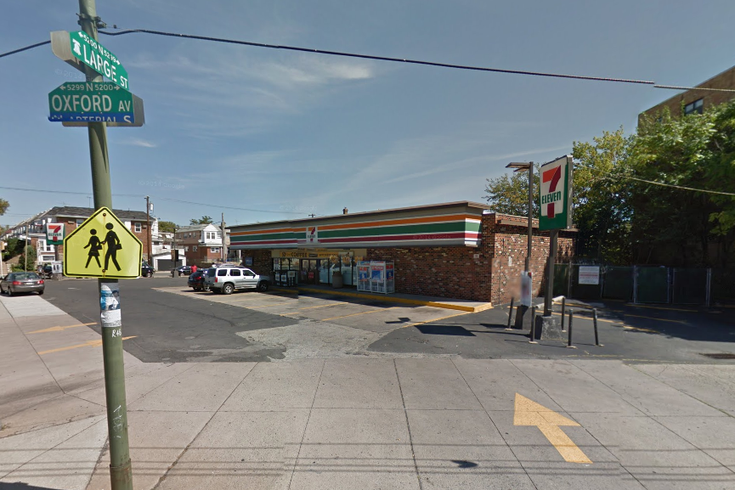 7-Eleven at Large Street and Oxford Avenue in Northeast Philadelphia

A boy was reunited with his family Tuesday morning after the car he was sleeping in was stolen from outside a 7-Eleven in Northeast Philadelphia, 6ABC reports.

The incident occurred before 2 a.m. at a 7-Eleven near Large Street and Oxford Avenue.

Police say a 30-year-old man went into the store and left his sleeping 6-year-old stepson in the running car. According to authorities, the suspect then got into the front seat of the vehicle and drove off toward Roosevelt Boulevard with the child still inside.

The vehicle was found about 30 minutes later on Leiper Street after the suspect abandoned the car and fled.

Police say the boy slept through the entire incident and was not harmed. He was reunited with his family.

The suspect will be charged with auto theft and kidnapping once found, police said.