A drought watch was declared this week in three local counties by the Pennsylvania Department of Environmental Protection (DEP).

Under a drought watch, citizens are asked to voluntarily reduce non-essential water use by five percent. No mandatory water use restrictions are in place.

“Below-normal precipitation across most of the state has resulted in instantaneous stream flows declining in the central and eastern part of the state,” DEP Acting Secretary Patrick McDonnell said in a statement. “We’re asking residents to continue to conserve water in order to preserve adequate drinking water supplies.” 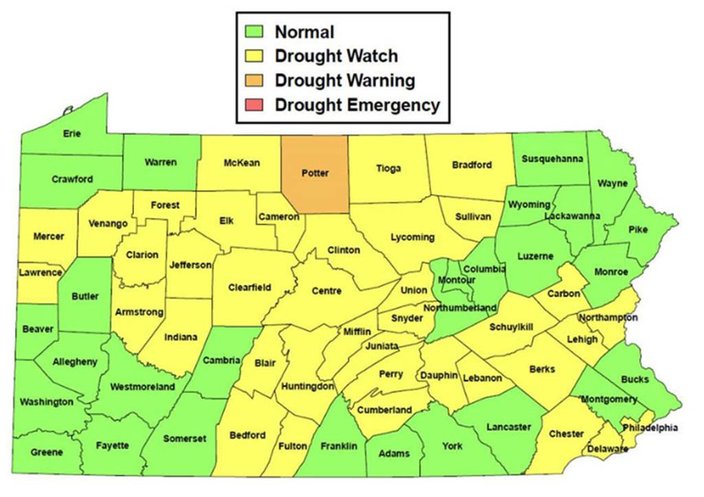 The DEP recommends the following ways to reduce water usage:

• Run water only when necessary. Avoid running the faucet while brushing your teeth or shaving, or letting the shower run for several minutes before use.

• Check for household leaks. A leaking toilet can waste up to 200 gallons of water each day.

• Run dishwashers and washing machines only with full loads.

• Replace older appliances with high-efficiency, front-loading models that use about 30 percent less water and 40 to 50 percent less energy.

County agencies will monitor the situation for the duration of the drought watch.