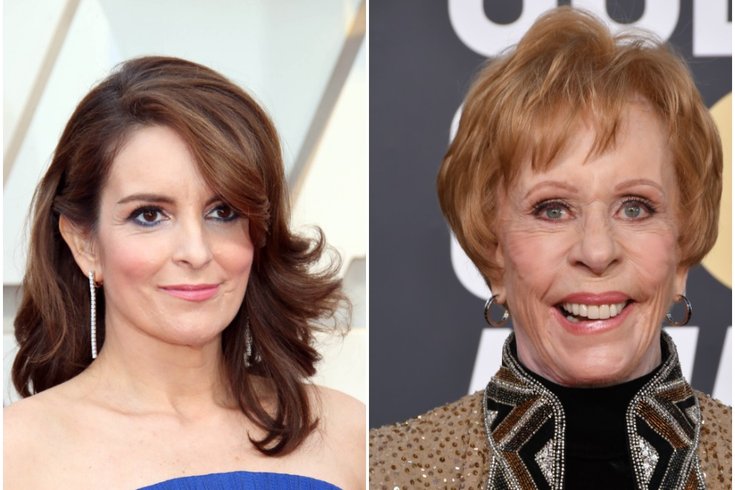 Tina Fey and Carol Burnett are producing a film based on Burnett's best-selling memoir "Carrie and Me: A Mother-Daughter Love Story."

Comedy queen Carol Burnett is reportedly producing a film based on her best-selling memoir with a little help from Tina Fey.

Fey — an Upper Darby native who is also a Burnett super-fan — will develop the film from  "Carrie and Me: A Mother-Daughter Love Story," which came out in 2013. The book revolves around Burnett's life as a working mother in film with an illustrious career and her relationship with her youngest daughter Carrie Hamilton.

Hamilton overcame a very public drug addiction before she was 15 years old. After a relapse when she was 17, Hamilton was drug and alcohol free for the remainder of her life.

She had her own short career in theatre and film, appearing in the TV musical "Fame" for two seasons and as Maureen in "Rent" during its first national tour. Burnett and Hamilton also collaborated on the play "Hollywood Arms," which was based on Burnett's first memoir "One More Time."

Hamilton died at the age of 38 after a long battle with lung cancer.

Vulture reported the film will mostly center around the duo's relationship, as the memoir included very personal snippets of their dynamic. "Carrie and Me" included things like email exchanges between Burnett and Hamilton, family photographs, and Hamilton's unfinished novel.