Topical cream could be painless solution to ink removal 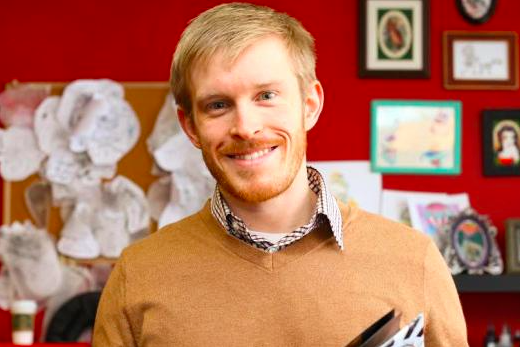 Alec Falkenham is developing a topical cream that will make tattoo ink fade away over time.

Oh memories. Remember when you were young and in love? And you thought it would be cool to go to the tattoo place and get "<Insert ex-girlfriend/boyfriend's name here> Forever" inked into your skin?

Or maybe that butterfly isn't looking as great as it did when you first got it. Whatever the reason, you may be regretting the decision to get a tattoo. But getting it removed would be painful and expensive.

Alec Falkenham, a Ph.D. student in the pathology department at Dalhousie University in Canada, is developing a topical cream that he says will make tattoo ink fade away over time.

"When comparing it to laser-based tattoo removal, in which you see the burns, the scarring, the blisters, in this case, we've designed a drug that doesn't really have much off-target effect," Falkenham told CBC News.

The 27-year-old said the cream is not targeting any of the normal skin cells, so there won't be a lot of inflammation. In fact, it would actually be anti-inflammatory, he said.

The tattooing process involves injecting ink into the skin, which initiates an immune response where cells called macrophages move to the area. The cells carry some of the ink to the body's lymph nodes, while some of them stay embedded in the skin (making the tattoo visible).

Falkenham's topical cream works by targeting the macrophages that have remained at the site of the tattoo. New macrophages move in to consume the previously pigment-filled macrophages and then migrate to the lymph nodes, eventually taking all the dye with them.

The cream is currently being tested on tattooed pig's ears. Falkenham is still unsure how many applications will be required to completely fade a tattoo.

However, he said his product will be much safer than laser tattoo removal, and much cheaper, estimating a cost of four cents per square centimeter.

It is not yet known when the cream will be available commercially.